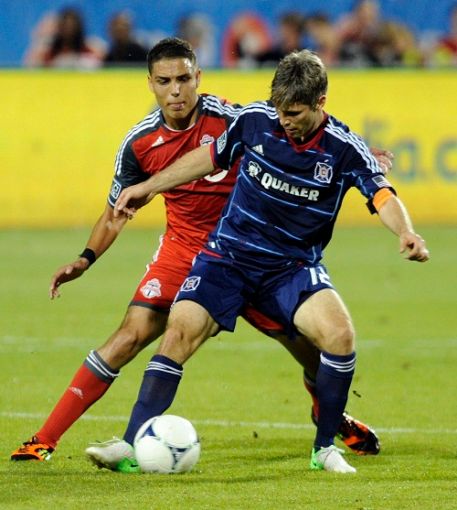 MLS headed to the Bronx (photo courtesy of Getty Images)

New York City Football Club is nearing a deal to build a 28,000-seat stadium in the shadow of Yankee Stadium in the Bronx, according to reports.

The team, which is owned by the Yankees and Manchester City Football Club of England’s Barclays Premier League, is close to a finalizing a complex deal with GAL Manufacturing, an elevator parts company, according to the New York Post. The deal would see NYCFC pay GAL to relocate from the site of the proposed stadium development.

The 10-acre site of the proposed $400 million stadium—to be funded primarily by tax-free municipal debt—includes the GAL location and three Yankees parking lots. Under the terms of the deal, the Major League Soccer franchise would also pay to purchase GAL’s building, in addition to relocating the business to a new site, according to a separate report by Capital New York, which viewed an outline of the deal.

“NYCFC is looking for a home, not simply a place to play,” said Risa Heller, a spokeswoman for the team, in a statement to Capital New York. “As we have said from the start, we are reviewing sites all over the City.”

The deal is contingent on approval by mayor-elect Bill de Blasio, who has yet to review it, according to the Post.

NYCFC will enter MLS in 2015, initially playing games at Yankee Stadium. The franchise hopes to open a new stadium by 2018 or 2019, the Post‘s source said.

This week, the team named former MLS player and Real Salt Lake boss Jason Kreis as the club’s first head coach. Kreis led RSL to an MLS championship in 2009 and a runner-up spot in 2013. 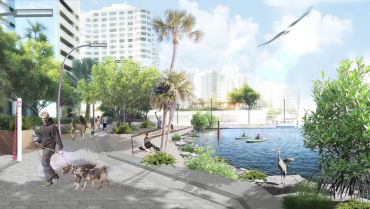 Miami Baywalk Is Getting a Makeover