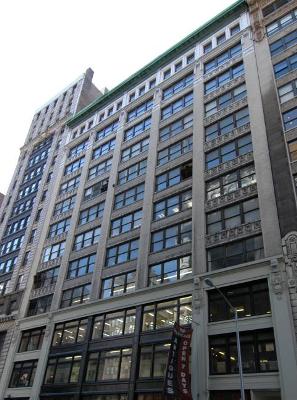 Former Coach designer Reed Krakoff has signed a 26,470-square-foot lease for the entire eighth and ninth floors and a portion of the fourth floor at Brickman’s 40 West 25th Street.

The tenant will pay rent in the low-50s per square foot in the 10-year deal, according to data provided to The Commercial Observer by CompStak. Mr. Krakoff was formerly based out of the Coach offices at 516 West 34th Street. The designer announced earlier this year that he was leaving Coach to focus on his eponymous label.

Jared Horowitz of Newmark Grubb Knight Frank represented the tenant in the transaction, according to an earlier report by the New York Post. The landlord was represented in-house by Paul Kotcher. Asking rent was $59 per square foot, according to the Post.