Initially Yours: the Fight to Make ‘ESRT’ A Reality

Back in March, The Commercial Observer reported that the IPO was expected to succeed, but it wasn’t until Oct. 2 that the initial public offering—71,500,000 shares of Class A common stock—hit the New York Stock Exchange at $13. May was a big month for the Malkins, with the New York State Supreme Court agreeing to approve a $55 million settlement between them and a group of investors opposed to the IPO launch. And at the end of the month, the duo announced, to the chagrin of critics who simply refuse to go away, that they had achieved more than the number of investor votes necessary to proceed with the launch.

Then the bids piled in. Mr. Schron advanced a $2.1 billion offer in June (Mr. Sitt would later offer a figure just north of that). By July, Reuven Kahane and a group of investors marked the fourth bid, at $2.25 billion. That same month, in a somewhat strange twist, investor Andrew Penson, who owns Grand Central Terminal, offered $710 million for the Malkin-owned 1 Grand Central Place, another building in the REIT’s portfolio.

Letters from the Malkins to the Securities and Exchange Commission and to investors during this period assured that they were reviewing the bids, but how seriously they were taken is another issue altogether. Even the Malkins’ most fierce opponents would not deny the father/son team’s almost stubborn resolve in going forward with the REIT, not to mention launching the endeavor with what seemed like impeccable timing.

“I think they saw this as an opportunity,” Susan Persin, senior director of research at Trepp, told The Commercial Observer after news of the IPO launch broke.

REITs had pulled back over the summer, when it seemed the Fed might taper its bond purchases, and as of month’s end in September, office REITs were up 4.92 percent year to date, while overall index was up 3.03 percent, she noted.

But at $13, the stock rang in at the low end of the expected range, and those who opposed the REIT continued—and continue, still—to question its value for investors.

“It’s trading at the low end of what they had anticipated, so how does that compare with what Thor Equities’ offer would have gotten shareholders?” asked Jason Meister, a vice president at Avison Young who represented Mr. Sitt and Mr. Schron in their bids, after the launch.

Mr. Meister claimed, as recently as last month, when he appeared on Fox News, that the Sitt offer would have given the 2,800 original investors in the building, who held 3,300 units, roughly $100,000 more per unit than the $223,000 they get at the $13 stock price (debt, transfer tax and overrides excluded).

The stock price, however, could of course fall or rise, and so far it has peaked at $14.90.

“This was a very worthwhile process, and we were delighted to deliver to an overwhelming majority consisting of many thousands of investors the result for which they voted: continued distributions with a tax deferred option for liquidity as, when, and if they ever wished,” said a spokesman for Anthony Malkin in an email. “We are very happy moving forward as Empire State Realty Trust and look forward to the challenges and opportunities ahead.” 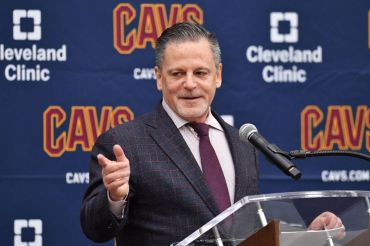