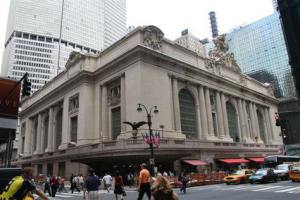 Mayor Michael Bloomberg‘s initiative to rezone the 73 blocks of East Midtown surrounding Grand Central Terminal was met with rejection yesterday as members of the City Council announced they could not come to an agreement on the plan.

“A good idea alone is not enough to justify action today,” Council Speaker Christine Quinn and Council Member Dan Garodnick said in a joint-statement released yesterday. “We should rezone East Midtown, but only when we can do so properly. After extensive negotiations, we have been unable to reach agreement on a number of issues in the proposed plan.” The City Council expressed concern over the trading of air rights and level of funding required for infrastructure improvements, which has been estimated at $200 million.

Mayor Bloomberg expressed disappointment with the lack of support for the plan in a statement announcing he had withdrawn the proposal.

“This will unfortunately cost the area hundreds of millions of dollars in badly needed subway and street improvements and $1 billion in additional tax revenue – as well as tens of thousands of new jobs that would have been created,” he said.

The Mayor added that the City had agreed to $100 million in pre-funding for mass transit and public space improvements but that funding was dependent on future development that will now not occur.

The rezoning plan could still be revived by the next administration. The City Council, for its part, emphasized that it was committed to redeveloping the area, but was looking for an amended plan.

“The inability to reach a consensus on the plan’s details is regrettable, but it was encouraging that nearly everyone involved in the process recognized the need for the area to be rezoned to ensure that it remains competitive with other business districts around the world,” he added in his statement.

Mayor-elect Bill de Blasio commended the decision in a statement, but added that he supported the rezoning of the area.

“I applaud the City Council for pressing the pause button in order to ensure these concerns are adequately addressed,” he said. “We must continue this process in earnest upon taking office, and I commit to presenting a revised rezoning plan for the area by the end of 2014.”