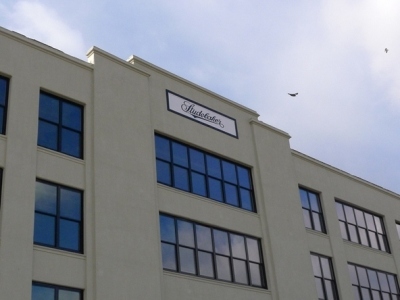 It’s back to the drawing board at 1000 Dean Street, where Brownstoner’s Jonathan Butler is resigned to losing 40,000-square-foot anchor tenant 3rd Ward.

Mr. Butler and his partners in the Crown Heights’ commercial development and are now eyeing co-working space providers to take over a large chunk of the building’s second floor that was to be occupied by the incubator.

“We’ve done an informal RFP with co-working spaces,” Mr. Butler told The Commercial Observer. “We should be getting proposals back soon.”

The largest portion of the proposed 3rd Ward space—30,000 square feet on the ground floor of the building—is now back on the market, according to Mr. Butler, who described losing the tenant as a “small setback.”

Bushwick-based studio and design incubator 3rd Ward shuttered suddenly last month and immediately called into question its future at 1000 Dean Street, where it had committed to establishing a culinary incubator at the new development.

Optimism, however, is reserved for the project’s smaller spaces. Seven undisclosed tenants have committed to office space at 1000 Dean Street ahead of its opening early next year.

“It’s unusual for the small spaces to get leased before they’re ready,” Mr. Butler said.

On the Bergen Street side of the building, Mr. Butler and his partner Eric Demby are moving ahead with plans to open a beer hall. Expected to open in March, the beer hall will feature four vendors—three of them already signed—from the partners’ Brooklyn Flea and Smorgasburg projects.

“The 3rd Ward thing is disappointing,” Mr. Butler opined. “But we’re doing unusually well for a building that isn’t even open yet.”