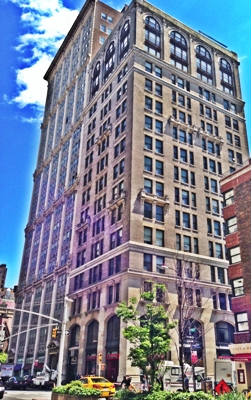 The auction to settle a dispute over 251 Park Avenue South, which is jointly owned by F.M. Ring Associates and Extell Development, has been postponed until October 9. The fate of the building had previously been set to be decided on August 28.

“A typical reason [for the postponement] would be that the parties are having settlement negotiations,” Joshua Stein, court appointed referee, told The Commercial Observer, adding he had no specific knowledge of the reason for the postponement, which was first reported earlier this week by the New York Post. The building is owned “tenancy in common,” a form of simultaneous ownership in a single property by two parties. Extell has argued that 251 Park Avenue South sits over 70 percent vacant in the heart of Midtown South and has been mismanaged. As with any tenant-in-common, a partition of the property can be requested in a dispute. However, since the single-structure property cannot be divided, a sale is dictated.

Built in 1909, 251 Park Avenue South was at one time a distribution center for woolens for the menswear industry. The top three floors of the building are occupied by a fabric design firm, while the ground floor retail space is occupied by Sovereign Bank. Floors two through 13 are vacant.

The dispute over 251 Park Avenue South is just another chapter in a tumultuous history between Extell and F.M. Ring Associates.

In June, Extell Development acquired a stake in the “Ring Portfolio” from Princeton Holdings for $74 million. The development company then sued to force the sale of at least seven properties in the portfolio.

Previously, in 2011, Mr. Barnett won 20 West 47th Street at a judicial sale for $73 million, according to The Real Deal. Prior to the auction the property had been owned 75 percent by Mr. Barnett, with the remaining 25 percent controlled by F.M. Ring Associates.