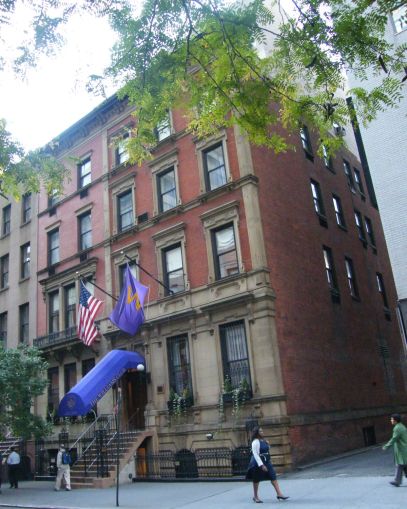 In search of a foothold in the New York City market, Warner Hospitality—better known for Hard Rock Hotel & Casino projects—sent executives Michael Fuller and Christopher Najbicz to explore potential opportunities. After a search that took them up and down the island of Manhattan, the duo stumbled upon a construction site at 24 East 39th Street.

“Being the curious individuals we are, we walked up the stairs and knocked on the door,” Mr. Najbicz, executive vice president of hotel operations, told The Commercial Observer. Taking the initiative paid off for Warner, which shortly after initial discussions began, signed a management contract for The William, a new boutique extended-stay hotel at the former site of the Williams Club.

Purchased by Shlomo Bakhash of The Kash Group for $9 million last year, the property is undergoing an $11 million transformation into a 33-room modern extended stay hotel, with guest residences across five floors available for stays of 30 days or more.

“One of key drivers for this project was The Kash Group,” said Mr. Fuller, executive vice president of development. “The company has a very intimate knowledge of the New York rental market.”

The Kash Group, making its first foray into the hospitality market, has taken the lead in the building’s creative design process, but it will be Warner that will handle the day to day operations. Responsibilities for the hospitality group will include the integration of property management systems as well as marketing and sales efforts.

Affiliated with Warner Gaming, Warner Hospitality admits that The William will be a departure from its traditional projects, which have included Hard Rock Hotel & Casino locations in Las Vegas and Sioux City.

“We have to admit that on some level it was opportunistic for us to take this venture on,” Mr. Fuller conceded. “But getting over the extended stay aspect, this is actually a luxury lifestyle product.”

Once the The William is up and running, Warner expects to evaluate and take on new projects in New York.

“We certainly want to make sure we are walking in the city before we start running but The William does allow us to experience what the city is all about,” Mr. Najbicz noted. “There is no doubt about it; we have every intention of expanding our portfolio and looking at other opportunities in New York – that’s a definite.”