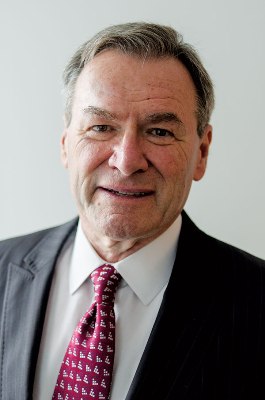 In June, the Moinian Group announced its plans for 3 Hudson Boulevard, a 1,000-foot-tall, 1.8 million-square-foot tower between West 34th and West 35th Streets in Hudson Yards. Designed by Dan Kaplan of FXFOWLE, the property will include 1.5 million square feet of office space, 22,000 square feet of retail and possibly as much as 300,000 square feet of residential space. The man behind the Moinian Group project is Oskar Brecher, the company’s vice president and director of development. Across the United States, Mr. Brecher and his team are involved with nearly 10 million square feet of development. The Commercial Observer spoke with Mr. Brecher at his firm’s 3 Columbus Circle office, where he described the 3 Hudson Boulevard project envisioned by the Moinan Group, headed by CEO Joseph Moinian.

The Commercial Observer: Can you give some background on the vision of the plan at Hudson Yards and how it was formulated?

Mr. Brecher: We bought the property on the corner of 34th and 11th Avenue in 2005, and at that time the Hudson Yards initiative was in its earlier stages. But Joe had a vision of Midtown New York heading west. He had assets in this part of the city for as long as two decades and he felt that the city was going to move to the west, which would be part of the historic expansion of New York. In the ’60s, the major buildings of Rockefeller Center were built on the west side of Sixth Avenue, and then in the ’80s around the time Times Square was developed, Ninth Avenue became a respectable address. This was a part of the vision, and Joe bought four major parcels, all of them full block fronts, on 11th Avenue, and we still own those. That is, 25th through 26th, 34th through 35th, then 42nd through 43rd, and 43rd through 44th on the east side. You can see that Joe was positioning himself strategically.

Tell me about the project on the Far West Side and how it fits into Hudson Yards.

This particular parcel is called one of the four corners of Hudson Yards. By sheer strategic location, it became an important part of the Hudson Yards plan. When Joe bought it, it was not viewed as anything special in terms of how Hudson Yards developed. It turns out, it became very central to Hudson Yards in the sense that three of the biggest infrastructure initiatives all line up with this piece of land.

One is the 7 line extension. One end of the subway line actually comes through the building, so people will exit the 7 line through the basement of the building out into the park. Second—and most people don’t realize this—is that the High Line is going to terminate, when it is fully completed, at 34th and 11th, kitty-corner to the site. Third, there is a new Park Avenue-like street being developed in the city called Hudson Boulevard, and we are facing Hudson Boulevard. So the building is really surrounded by 34th Street, 35th Street and 11th Avenue.

What makes the site so unique by New York standards is that it occupies its entire block. What’s even rarer is that it is occupying three block fronts, which are wide streets. Almost no site in the city has this type of exposure, meaning the building stands all by itself. And the buildings around it are some distance away, making it very visible.

It also allows for an efficient building to be built with a true center core. This building is going to be as perfect from a planning point of view as you can make it.

What are the plans for the building itself?

The site of the building is about 1.8 million square feet. The current design is 1.5 million square feet of office space and potentially 300,000 square feet of residential space at the top. But it may come out to be all office, depending on demand. We have a street-level retail segment, which is one of the things mandated in the plan, and we feel street-level retail is going to be a very important feature of the building. The building size and shape are an exceedingly good fit for major tenants.

Can you describe your process as a developer for a project such as this?

Clearly the primary basis of determining what we do with a site is the zoning. Zoning was not created in a vacuum, so these buildings that are on the four corners of Hudson Yards have the maximum zoning in Hudson Yards. And that has become a new standard in the city. The maximum is 33 times the floor-area ratio, which is much denser than the old maximum zoning levels were. It turns out, you do need this enormous critical mass to jump-start development in this part of the world.

The other thing you have to look at is the footprint. In this case, the footprint was 50,000 square feet. The plan has some guidelines involved with it. One of them is various setbacks and street wall requirements to create a form that gives the city its density but uniformity. For instance, if you go out on Park Avenue, there is a defined street wall where, if you look up, all of the buildings are virtually the same height. The same ideas were incorporated here to create uniformity.