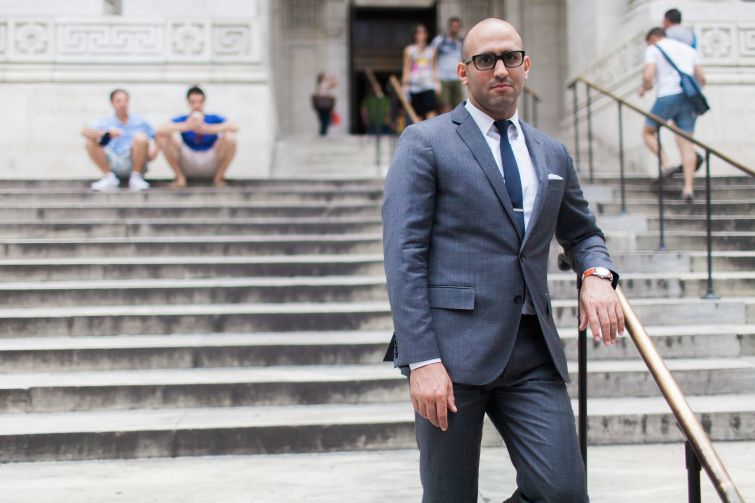 Massey Knakal’s Robert Shapiro is both a counterpuncher and a straight shooter. An amateur boxer, he describes himself as quick and aggressive. But the adjectives apply across the board, especially when it comes to his real estate prowess, with his transactions involving some 166 buildings having an aggregate value reaching $892 million.

The heavy lifting is paying off handsomely, most recently with the $139 million sale of the Hamilton and Dunbar portfolio. He says he carries it all off with the sense of integrity instilled in him by mentor Paul Massey, CEO of Massey Knakal.

“You’re never going to trick somebody into buying a piece of real estate,” Mr. Shapiro said. “You tell them the good, the bad and the ugly. You lay it all out.”

The monster residential portfolio, sold with Massey Knakal’s Karl Brumback on behalf of Lehman Brothers, consists of 1,084 units in 15 properties throughout Northern Manhattan and the Upper West Side.

Mr. Shapiro, Mr. Brumback and their colleagues divided the properties, scattered across several upper Manhattan neighborhoods, into six tranches and found six separate buyers—after 99 inspections and the signing of 275 confidentiality agreements over a mere 14 weeks.

The 14 other properties, including a total of 537 residential units in both walk-up and elevator buildings, are spread in clusters throughout the Manhattan Valley, West Harlem, and Central Harlem neighborhoods.

“We dissected it and positioned it to maximize the sale price,” he said. “It’s one of the proudest accomplishments of my career. Our experience and history with this type of portfolio and knowledge of the neighborhoods helped us win this.”

A native of New York’s Westchester County, Shapiro started working at Massey Knakal in 2001. Just a “bright-eyed kid out of college,” he met with Mr. Massey after graduating SUNY Albany with an economics degree and a minor in business, Mr. Shapiro recalled. The firm’s CEO offered him a job on the spot.

“All I knew about the business was that it was hard work and personality driven,” he said. “I had heard that it was this ultra cutthroat kind of business … and I just started working my tail off,” he said.

A few months later, the aspiring broker watched the destruction of the twin towers on Sept. 11, 2001, from Massey Knakal’s office balcony. During the ensuing period of uncertainty when “no one knew what was going to happen,” he recalled, he received strong guidance.

“It’s nice having the equivalent of two Mariano Riveras in the office,” he said, referring to Mr. Massey and Robert Knakal, the firm’s chairman. And referring to the “all-star team” of brokers, Mr. Shapiro added, “at any given point, I’m able to call up any one of my associates or colleagues and get the same type of service I feel I would deliver to them.”

These days Mr. Shapiro is throwing some heat of his own. Last year may have been his breakout season, after his sale of 25 buildings valued at roughly $135 million. But 2013 will be a record breaker for him; so far he has sold 34 buildings valued at $243 million.

His accomplishments include working on the team that sold the Broadway West Portfolio for $62 million in March 2012; the recent sale of an Inwood Heights portfolio for $68.5 million; and the sale of a nine-building Northern Manhattan portfolio this past spring for nearly $68 million.

“These portfolios were great training for the Dunbar portfolio,” Mr. Shapiro declared. “They were all great learning experiences that put us into a position to handle something of [that] size.”

His deep knowledge of rent regulations and other legislation enables Mr. Shapiro to analyze property values from the point of view of the owner and investor, allowing him to maximize a property’s potential, he claimed, noting that he is “on top of every legislative action that’s out there, and the clients have come to rely on me for this.”