TPG Architecture is the latest company to bank on the Garment District as an ascendant neighborhood. The firm signed an 11-year, 42,000-square-foot lease at 132 West 31st Street and will relocate to the area from an increasingly expensive Midtown South.

Mitch Konsker of Jones Lang LaSalle represented the landlord, Savanna.  Mark Ravesloot and Michael Monahan of CBRE represented the tenant. Asking rent was in the $40s per square foot.

TPG will occupy the entire fourth floor and partial fifth floor of the building on 31st Street between Avenue of the Americas and Seventh Avenue.The company has 215 employees now well-positioned to get their fingerprints over new construction in the area, which is booming amid Hudson Yards and other projects. Crain’s noted that the asking rent was about $10 per foot less than at the tenant’s former home, 360 Park Avenue South.

While Midtown South continues to attract stylish tech and media companies, it may have become out of reach for all but the bluest blue chip firms: in April, The Commercial Observer wrote that rents in the submarket had fallen for the first time in two years, indicating a possibly overheated market. 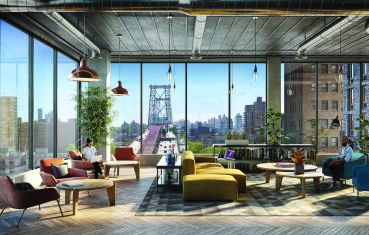 How to Sell 350,000 Square Feet of New Class A Space During a Pandemic