Forest City, Avoiding Default on 10 MetroTech, Will Demo for Residential 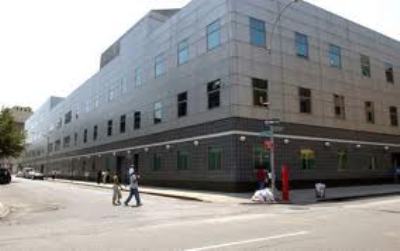 One of Forest City Ratner’s first Brooklyn office buildings, which has a $40 million mortgage in default, will soon be demolished for–what else?–housing.

That means a new residential building at 625 Fulton Street just east of Flatbush Avenue will be coupled with 80 DeKalb, the 34-story residential tower Forest City built at the north end of the parcel. The site is also located between Hudson Avenue and Rockwell Place.

The seven-story 359,000 square-foot building known as Ten MetroTech Center for years housed the Internal Revenue Service and the state Department of Motor Vehicles, but such major tenants moved out years ago to other Forest City properties.

The structure is a former Barton’s candy factory, which closed in 1981 and, according to a June 1985 article in the New York Times, was in converted to office space. Forest City Ratner bought the property in 1989 and branded it as 10 MetroTech, though it is located east of Flatbush, well southeast of the MetroTech campus.

Crain’s reported in March 2010 that Forest City had failed to make a mortgage payment on $52 million loan for the building.

Parent Forest City Enterprises Form 10-Q quarterly report to the SEC, released yesterday, revealed that the building’s $40 million nonrecourse mortgage “technically remains in default,” but the developer was not in jeopardy of losing the building.

Last August, Forest City “effectively restructured” the mortgage, with the new lender agreeing to hold off on foreclosure proceedings for two years, “as long as we comply with the terms of this forbearance agreement.”

Yesterday, during a conference call with investment analysts, Forest City executives were asked about the building. “An investor purchased the debt from the existing debt holder and we made an agreement with that new investor to take a look at what the best use of the property was,” CEO David LaRue explained.

They decided, LaRue recounted, that the best use was to “take the building down. It has zoning in place that we can convert that building to residential property.”

LaRue did not provide details on the size of the build, but, according to the city’s zoning map, the C6-4 zoning at the site offers an FAR (Floor Area Ratio) of 10, though 80 DeKalb likely used some of the overall parcel’s available development rights. Nor did he mention whether Forest City’s new factory for modular construction, established in the Navy Yard in partnership with Skanska to build towers for Atlantic Yards, would be used.

The demolition is scheduled for September, according to the 10-Q report. Among the more recent tenants was Brooklyn United for Innovative Local Development (BUILD), a nonprofit group that signed the Atlantic Yards Community Benefits Agreement and was funded by Forest City. BUILD closed last November.