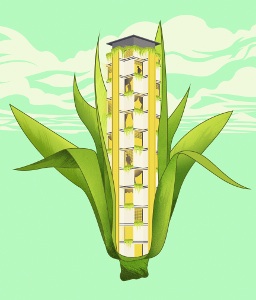 The Garden State has become fertile ground for developers, and commercial real estate lenders both large and small are looking to get in on the action, while others are looking to retain and expand the market share they already have.

Competition among lenders is quickly growing as more people look to rent in New Jersey, the most urbanized state in the country, 94.7 percent of whose population is centered in urban areas, according to 2010 figures from the U.S. Census Bureau. That abundance of multifamily properties just west of the Hudson River coincides with university expansions, new retail and office properties and other large real estate projects throughout the state.

Brian Whitmer, a senior director in investment sales for the New York tristate area at Cushman & Wakefield, works out of northern New Jersey and went through the pipeline of multifamily developments he sees in the works there. Of the 22,968 units he found in the pipeline in northern New Jersey, 59 percent, or 13,538 units, are in the Gold Coast—areas along the Hudson River like Jersey City, Hoboken and Weehawken.

“Over the last two years there has been an unprecedented number,” Mr. Whitmer said of development of multifamily properties in the area. He added that several factors are driving it, chief among them improving employment conditions that have driven up occupancy, but also people looking for an alternative to Manhattan and Brooklyn rents.

“Right now multifamily in New Jersey is an extremely hot property,” said Russell Murawski, first senior vice president at Valley National Bank, which has been lending for multifamily and other commercial real estate projects in New Jersey for over 20 years.

“Younger couples in the state look at their ability to buy a house, particularly in central to northern New Jersey where prices remain steep, and very often they realize that No. 1, they may not be able to afford it, and No. 2, owning real estate now isn’t the same as it was 15 to 20 years ago, when there was a guaranteed appreciation,” Mr. Murawski told The Mortgage Observer.

“All of the bankers know that this is a very strong market, and they’re all sharpening their pencils,” said Mr. Murawski. “We compete with the smaller community banks, and we also compete with the big banks—the M&Ts, the Chases and the Investors—on a consistent basis.”

Valley National’s commercial real estate department oversaw about $1.5 billion in assets for New Jersey as of December 31, 2012, roughly half of its total volume for New York and New Jersey combined. About one-third of the bank’s New Jersey portfolio is made up of multifamily loans.

“There are a lot of prime areas throughout the state,” Mr. Murawski said. “We’re starting to see growth in Newark, Jersey City, Carteret and other places near the port. Our major footprint has always been northern New Jersey, and we’re continuing to see strength in that region, especially in Essex and Morris Counties.”

The Wayne, N.J.-based bank closed on a large mall acquisition in western New Jersey and a townhouse project in Morris County in January 2013, among other transactions. Valley National declined to give the names of those properties, due to client confidentiality. Mr. Murawski said the bank plans to increase its lending for multifamily developments in the state by at least 10 percent this year.

“We brought in a couple of new people that have contacts outside of the contacts we’ve been working with historically,” he said. “In addition to that, we will continue to ramp up an aggressive sales culture, understanding that we’ve got competition and we need to be there first.”

Mr. Murawski said the bank would remain competitive on interest rates while focusing on the need to build lasting relationships with its present and future clients. “We’ve grown from a small local community bank into a fairly large institution, but we try to keep the principles of a community bank, where we know our customers, know their accountants and lawyers and everyone that’s involved,” he said. “We try to stay with the more local developers, owners, operators and managers, and we try not to get out of our own market.”

Thomas Didio, a senior managing director at mortgage brokerage HFF, said that as the growth in the number of lenders focusing on multifamily outpaces the rate at which new developments get completed, banks and mortgage brokers are being forced to compete for those deals by offering the best incentives to borrowers.