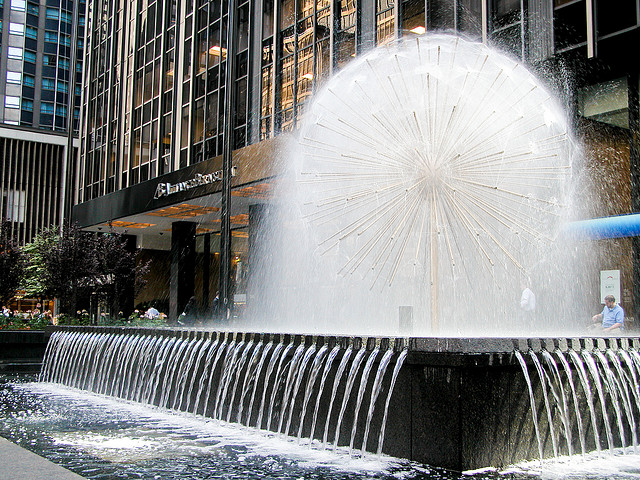 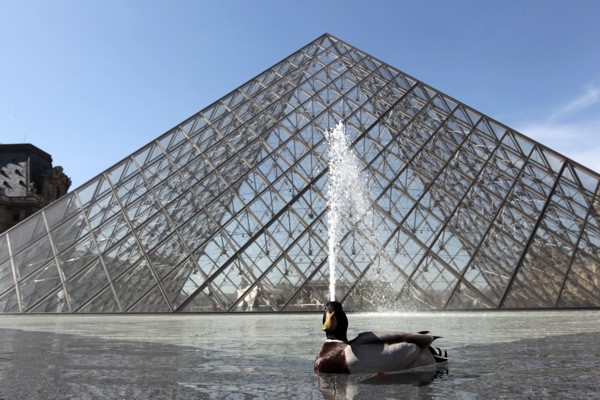 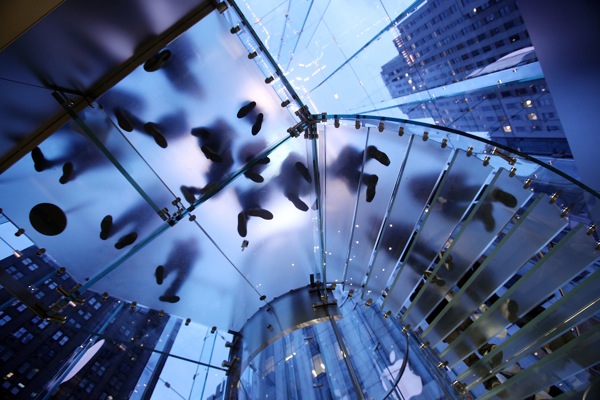 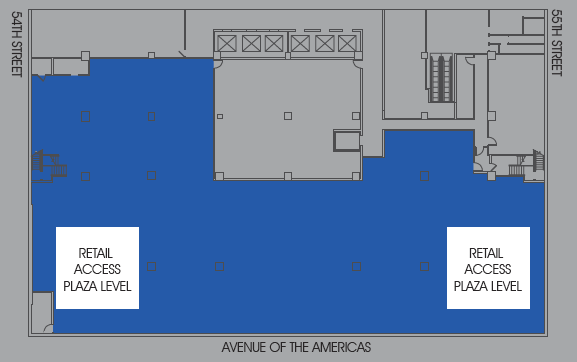 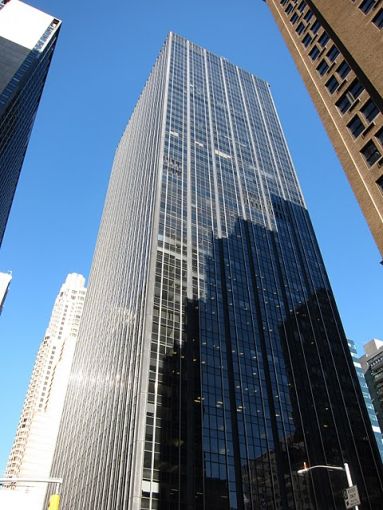 In a move reminiscent of Harry Macklowe’s visionary decision years back to utilize the General Motors Building’s below ground space by installing a glass cube in its plaza and leasing it to an Apple store, Fisher Brothers is shopping around its own grand retail plans at 1345 Avenue of the Americas, and The Commercial Observer has the pictures to prove it.

The company, through its leasing brokers at Cushman & Wakefield, is marketing 15,545 square feet that sits largely under the building’s generous plaza area in front. Renderings the firm has released envision removing two sea urchin-like fountains and replacing them with glass pyramids reminiscent of the Louvre that will house escalators that would whisk shoppers down to the underground space.

Another rendering shows two glass spheres – anything but a cube, which might too closely resemble Mr. Macklowe’s genius retail, which created one of the city’s most visited retail locations and unlocked tremendous additional value at the GM Building.

Sandy Lindenbaum, a real estate attorney who is an expert on zoning matters, predicted during a conversation with The Commercial Observer that more landlords would follow in Mr. Macklowe’s footsteps.

Many buildings on Sixth Avenue, he said, have large plazas and unused below grade space. In Manhattan, where every square foot of real estate can count towards a landlord’s bottom line, more owners on that avenue, he said, are trying to tap the hidden value of such space by connecting it to the plaza level and create an attraction on par with
Mr. Macklowe’s.

Of course, a big part of the GM Building’s success was in striking a deal with Apple, whose stores became a retail phenomenon.

“A space like that really dpends on the user,” Richard Hodos, a top retail leasing executive at CBRE, told The Commercial Observer. “What they’re hoping is to find the next Apple but the problem is the next Apple is hard to find.”

Fisher Brothers has proposed to add below-grade retail to one its flagship towers, 1345 Avenue of the Americas.
Currently the plaza is home to two large fountains and a good deal of open space.
How quaint. (Photo: maurizio.mwg/Flickr)
The plan is to replace them with dramatic glass entrances...
... not unlike I.M. Pei's pyramids at the Louvre... (Photo: Getty)
...or, closer to home, the Apple store on neighboring Sixth Avenue. (Photo: Getty)
A floorplan for the 15,000-square-foot space.
It may be underground, but 14-foot ceilings are still 14-foot ceilings.
Will Sixth Avenue ever be the same?
The rest of 1345 Avenue of the Americas. (Photo: opengreenmap.org)
slideshow
Sales  ·  Commercial
National