Capital One Grows, Minus Pains 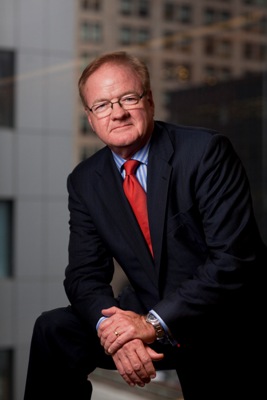 Capital One Bank has grown steadily since it was founded by current chairman, CEO and president Richard Fairbank in 1993. Along the way it grew from a mono-line credit card company funded through the capital markets into a more diversified entity with commercial and consumer banking. It managed to make Visigoths funny and capitalize on Alec Baldwin’s Words With Friends meltdown, while simultaneously deepening its reach into lines of business like commercial real estate.

The bank as a whole had $294.5 billion in loans outstanding and $216.5 billion in deposits as of March 31, 2012, according to its first quarter 2012 results. The commercial and multifamily real estate portion of this increased when comparing year-end results recently as well—rising to $15.4 billion for the period ended Dec. 31, 2011 from $13.4 billion the previous year.

For Rick Lyon, executive vice president and head of commercial real estate at the bank, the growth, the Visigoths and the diversification all make sense. Mr. Lyon told The Mortgage Observer that he’s focused on continuing to provide the types of financings that the bank has become known for, particularly in the New York area. A big concentration of this is multifamily—specifically workforce housing, he said.

Mr. Lyon has been with Capital One since January 2008, having joined after 27 years with Wachovia. “I was running the real estate business for Wachovia—which was one of the largest real estate banks before they became Wells Fargo—for the northeast,” Mr. Lyon said. “Boston to D.C. was the market that I was responsible for.” Then, in 2008, “a fascinating opportunity,” as he described it.

The term fascinating is used time and time again by Mr. Lyon to describe the rise of Capital One and the development of its commercial real estate operations—and rightfully so.

Significant milestones in its history include its 1995 spinoff, as a credit card company, from Richmond, Va.’s Signet Bank. When Signet was having trouble it spun off the credit business into Capital One. Signet had become overly bulky during the last real estate crisis, prompting the move.

“Our chairman, who is a very strategic thinker, basically said, ‘There are a couple of things we’re missing. One, we are a mono-line credit card company and we don’t have inherent funding of branches and banking businesses so we fund ourselves in the capital markets. That works very well when it’s all good, but in the tougher times it’s good to have dependable deposits for funding and diversification.”

Three other acquisitions that would significantly affect the company’s direction and, subsequently, its commercial real estate lending philosophy, took place a decade later. In a strange twist, Capital One agreed to buy New Orleans-based Hibernia Bank in March 2005 for $5.4 billion. Then, that August, Hurricane Katrina devastated the Gulf Coast area.

“We were supposed to close a day or two after Katrina,” Mr. Lyon remembered. “That got delayed a little bit but we still did what we said we were going to do—we still bought the bank a couple of months after Katrina. That was the first foray for Capital One into banking.” In the end, a renegotiated price of $4.9 billion was settled on to reflect the fact that hundreds of Hibernia branches had been damaged during Katrina, and the deal went through.

The following year, Capital One acquired North Fork Bank, a New York-area lender, for $13.2 billion, which created the third largest retail-depository institution in the New York tri-state area, with deposits exceeding $84 billion and a managed loan portfolio over $143 billion. Then, in 2009, Capital One made another acquisition—Washington, D.C.’s Chevy Chase Bank, which it picked up for $520 million in cash and stock.

As all of the acquisitions were being put together and a commercial banking business built, Mr. Lyon arrived from Wachovia.