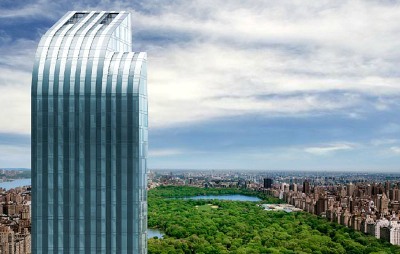 CIT Real Estate Finance recently closed on a $50 million commitment for Extell Development’s One57. The loan is part of a $700 million syndicated construction loan the building received, The Commercial Observer has learned.

Bank of America is the administrative agent on the loan, which is being used to fund half of the costs of developing the 90-story, mixed-use tower, located at 157 West 57th Street.

Other participants in the syndicate, as The Commercial Observer previously reported, includes Banco Santander S.A., Abu Dhabi International Bank, Capital One and the Bank of Nova Scotia.

Matt Galligan, executive vice president and group head at CIT Real Estate Finance, told The Commercial Observer in a recent interview that the group, which is new at CIT, will focus on gateway markets like New York, Boston and D.C. He also mentioned that the size of the developer they work with isn’t always going to huge—which might make the One57 project with Extell slightly unusual.

“What we’re looking for is not necessarily the largest developer,” Mr. Galligan said. “We’re looking for one that’s kind of best-in-class. We typically would like developers that are building very close to the urban core because we think that there’s less risk being associated with the marketplace because there are much higher barriers to entry.”

One57 is slated to include a 210-key Park Hyatt Hotel, topped by 95 luxury residences.

Carl Gaines is reachable at Cgaines@observer.com