A Tour Of The Atlantic Yards Arena 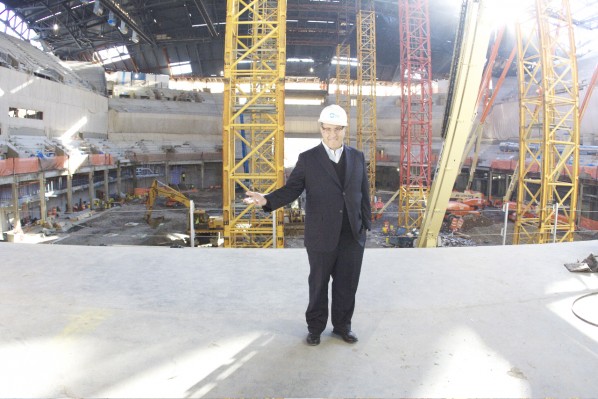 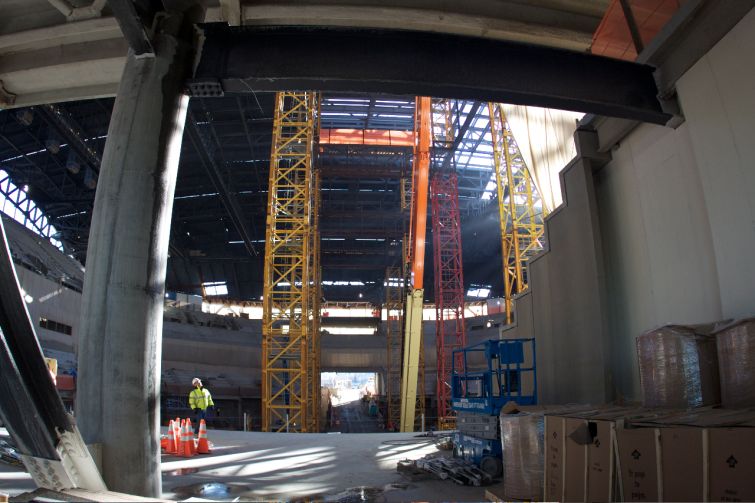 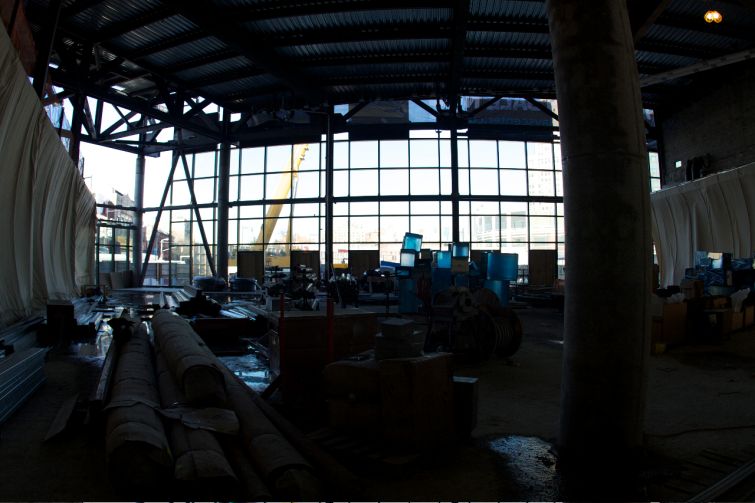 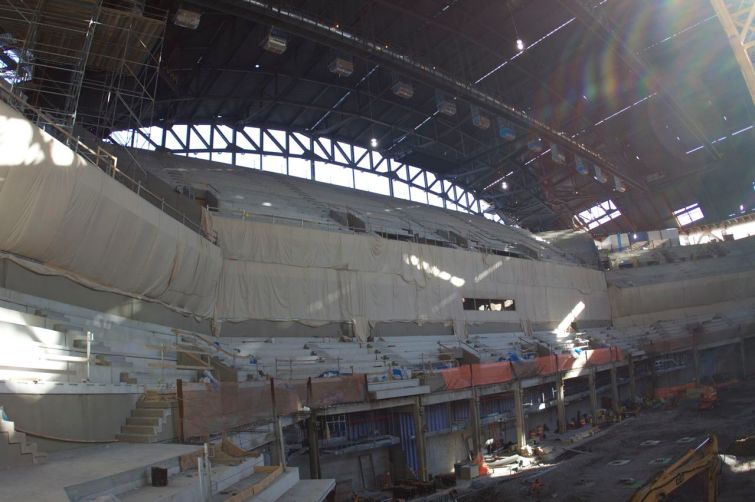 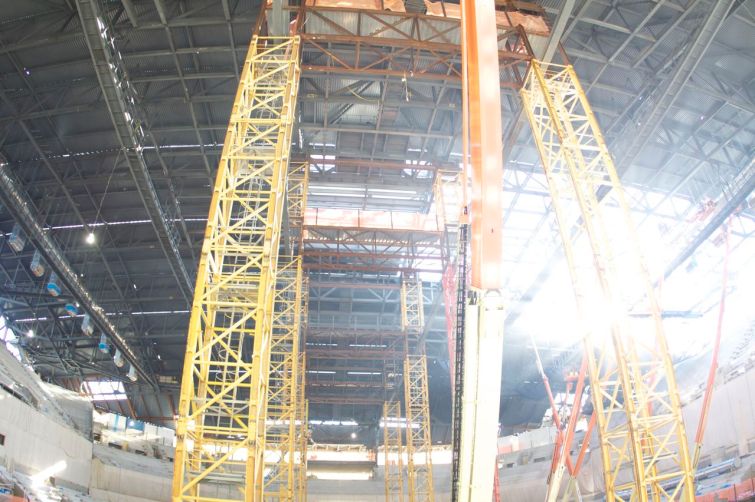 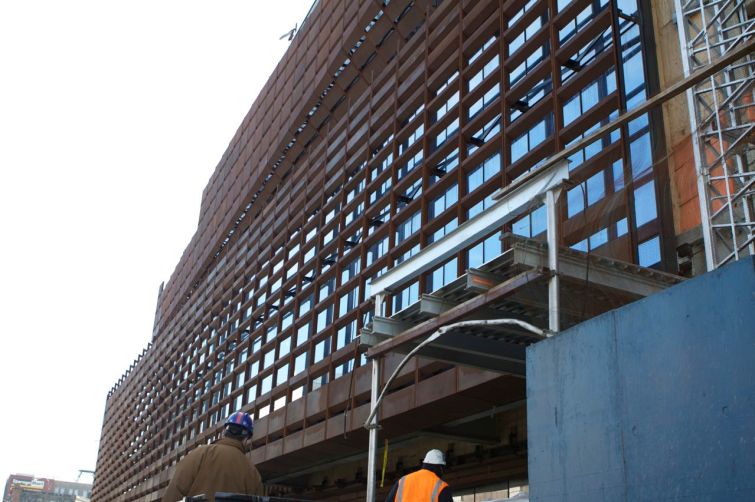 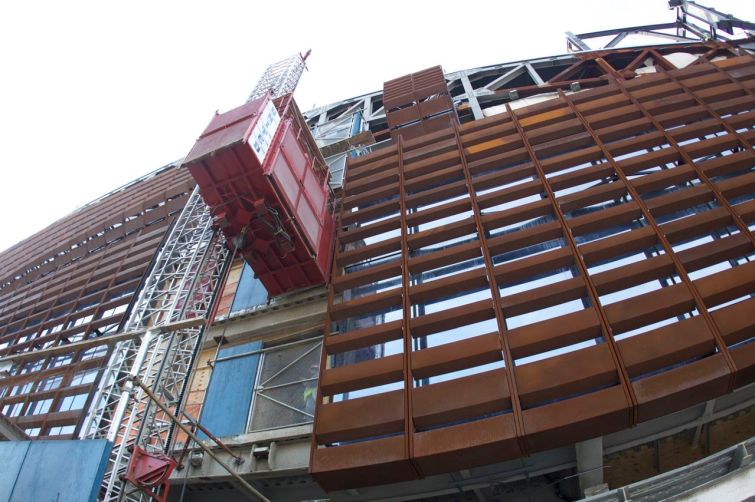 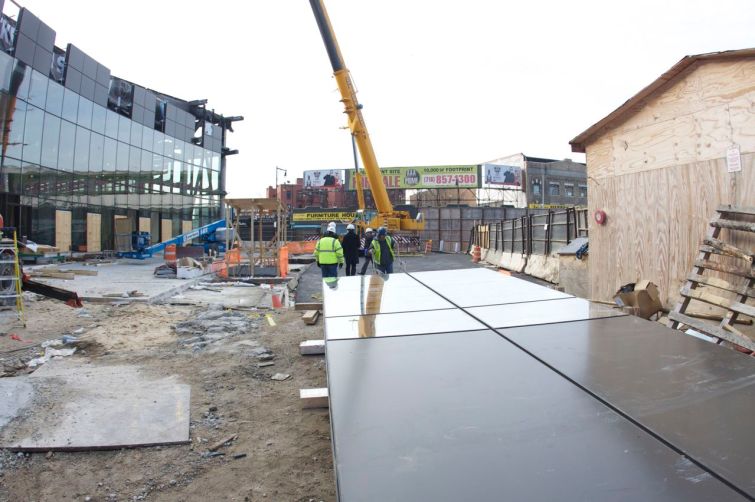 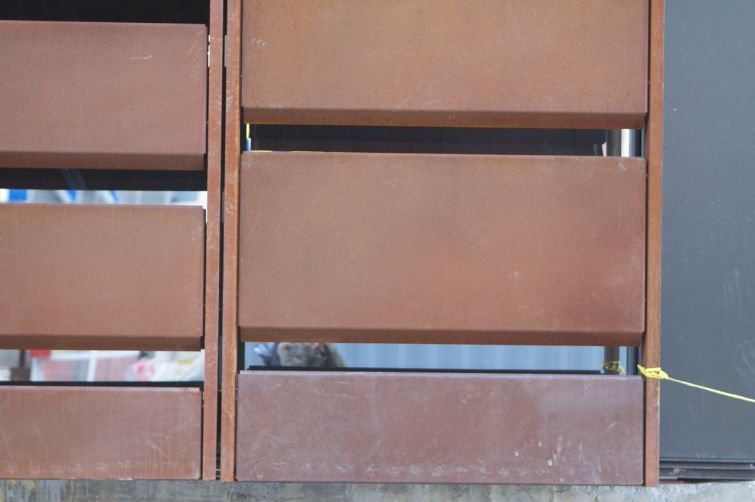 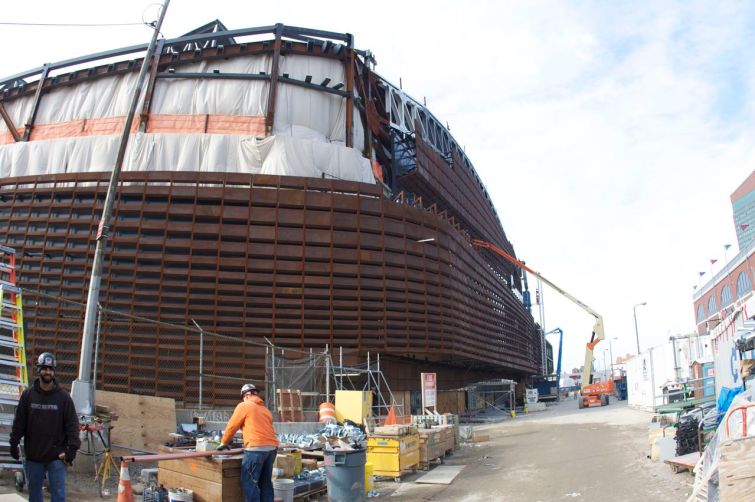 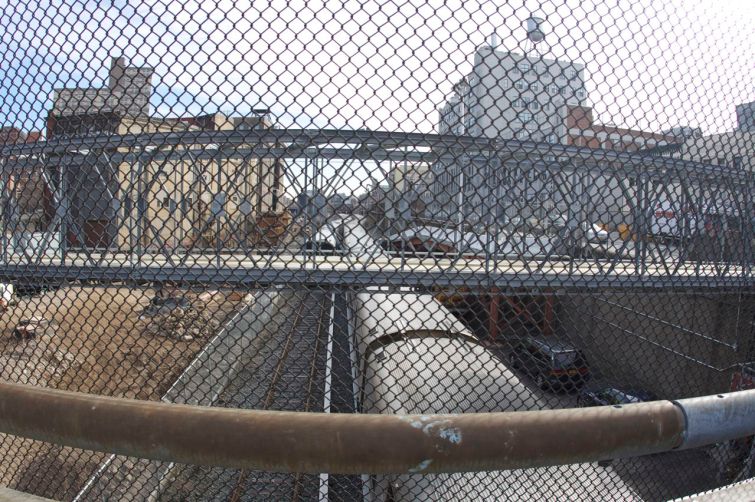 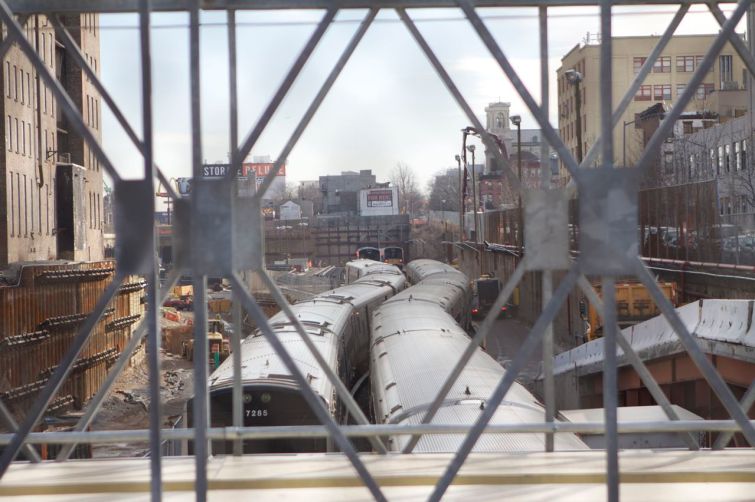 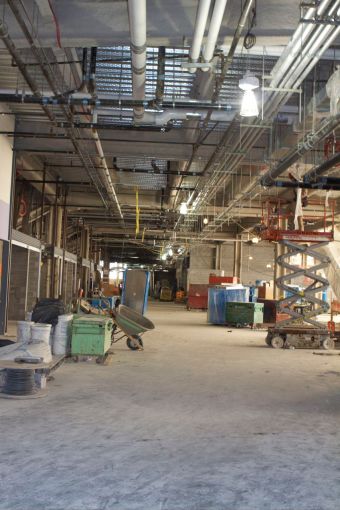 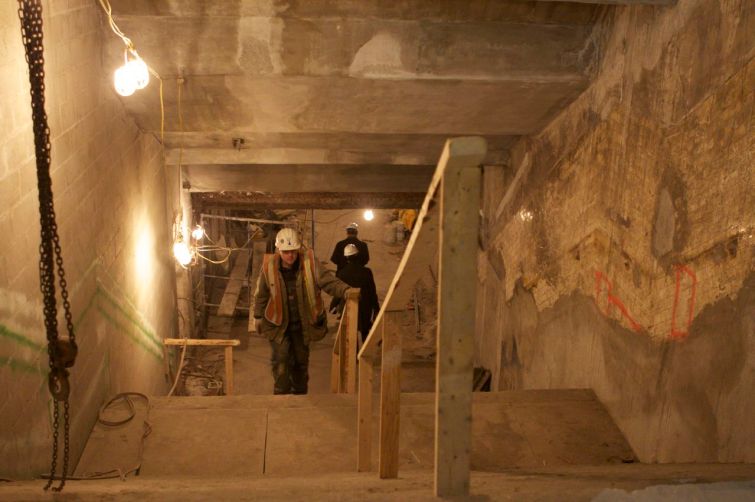 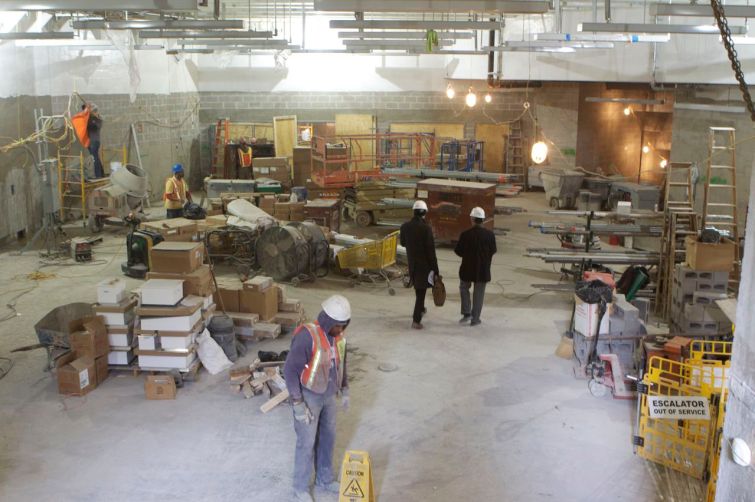 Yesterday, Forest City Ratner developer Bruce Ratner escorted Commercial Observer staff writer Daniel Geiger and photographer Kiki Conway on a tour of the Atlantic Yards arena. While Mr. Ratner was evasive when faced with specific questions about the project and construction timeline, the pictures are revealing. Indeed, with arena seating now underway, and progress made on new subway extensions, Mr. Ratner said the arena should be finished by September. As for other aspects of the project, including affordable housing, the developer was less forthcoming.

SEE ALSO: Sony Leases 225K SF at Wilshire Courtyard in LA’s Miracle Mile
Developer Bruce Ratner stands at the main entrance to the seating bowl within Barclays Center. Since breaking ground in late 2010, the 18,000-seat arena, which is scheduled to be open and running by September, is fast approaching completion. Behind Mr. Ratner, large yellow supports still brace the arena’s ceiling, which is almost fully roofed. A cherry picker works overhead, lifting workers so that they can finish bolting the large spans of structural steel together.
Looking out across the arena, an entryway for construction vehicles also provides a glimpse east where the rest of the Atlantic Yards project will eventually rise. The $1 billion Barclays Center is the first part of the $4 billion development, but it’s uncertain when the rest of the 16 towers planned for the site will be built.
Though littered now with construction materials and various debris, this will be the grand entrance to Barclays Center, leading in and out to a plaza space at the corner Atlantic and Flatbush Avenues, across the street from the transit hub Atlantic Terminal.
A close up of the upper and lower deck of seats that will ring the arena floor. Mr. Ratner was excited about a key design feature of Barclays Center that places its basketball court below grade so that patrons will be split between heading up or down to their seats in the arena, depending on where they are sitting. “We broke up the flow of traffic,” Mr. Ratner said, explaining that it would limit congestion and make navigating the arena less confusing.
A close up of the large temporary supports bracing the ceiling. Only the sunlit patch is not yet covered over. It soon will be. Forest City Ratner estimates the roof will be done in February.
Barclays Center is clad in a wrap of steel that snakes around the arena and connects into an hanging occulus that will cantilever over the building’s front entrance. The individual panels of the steel vary in size creating a feeling of undulating movement in the facade.
A hoist for workers building upper portions of the arena.
The front plaza, which borders Atlantic and Flatbush avenues where they converge, will create a new public amenity for the neighborhood Mr. Ratner said. Games within the arena can partially be seen from the front and a practice court for players will be fully visible from this entrance area, allowing even non ticket holding passersby to view the action inside. The large facade panel in the foreground was, moments after this photo was taken, lifted by the crane and placed on the arena.
The A36 steel that is being used to sheath portions of the arena was purposely selected for the way it rusts (its rust doesn’t rub off like normal rust does if touched). “We like to work with natural materials,” said Christopher Sharples, one of the arena’s chief designers and a principal at the firm SHoP Architects. He said that the rich patina of the steel would deepen as it continues to age.
The facade steel wraps the arena like two ribbons as seen in this photo. Mr. Shraples said this was done to scale down the arena.
The rest of the Atlantic Yards. Forest City Ratner constructed a temporary rail yard on the right while it works to build a permanent facility on the left. Eventually the whole recessed portion of the yards will be decked over so that development can proceed above.
Work on the permanent portion of the yard is beginning from the east side of the site in the distance.
One of the main concourses within the arena. On the left are the vomitoriums leading into the seating bowl. When the arena is finished, long ribs of rusted steel that match the exterior facade will bridge over this walkway and be used to hold lights that illuminate the corridor.
As part of the arena project, Forest City Ratner is rebuilding and vastly expanding the subway entrance and corridors in front of the arena that connect to the Nos. 2 and 3 trains.
A look at the large below ground station that Forest City Ratner is building, a major improvement over the previous station.
Atlantic Yards, slideshow
Finance  ·  Columnists
New York City