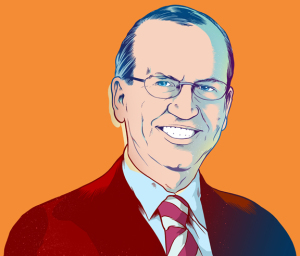 In early 2010, David Greene accepted a promotion as president of brokerage services at Murray Hill Properties. Since then, the former broker, 47, has expanded the company’s brokerage division from 18 brokers to 34, watched as an acquisition department led by Norman Sturner, Patrick Jennings and Kamy Haimof originated an upcoming global fund and acted as a self-described non-playing captain to his team of agents. Mr. Greene sat down with The Commercial Observer to discuss the new fund and a tentative strategy to turn over Murray Hill Properties’ brokerage division to the brokers. The Commercial Observer: By July 2010 Murray Hill had originated approximately $265 million in high-net-worth individual funds, all of which were oversubscribed. Since then, have more funds been created?
Mr. Greene: What’s happening now is, you’re correct, Funds I, II, III and IV are fully subscribed. We’ll be coming out shortly with Fund V. It’s aimed at a different group. The first four funds basically were high-net-worth individuals, and many of those individuals went from fund to fund to fund. We hit the market at a fortunate time.

What distinguishes Fund V from the previous four?
Fund V is a very different fund. It’s really more of a global fund that we’re looking at in terms of who we’re attempting to attract. And the perfect example is probably a sovereign wealth fund or a pension fund, and that could be anywhere. It could be in Asia, it could be in London. It could be pretty much anywhere all over the world.

What’s the status with Fund V? How soon will it be available to investors?
Five will be coming out soon. I’m legally bound to not give too much information about it, but basically we’re getting ready to come out with it. It’s basically aimed at a different group, more worldwide. We really believe that outside America, in many places there’s a lot of difficulty that some of the sovereign wealth funds are having. For instance, if you’re in the Middle East, or if you’re in Japan or somewhere else like that, there’s a lot of difficulty locally—for different reasons—and we feel that for the most part New York is about as safe a haven as you can get to in terms of investment quality.

Prior to 2001, when Murray Hill’s first fund was originated, how were you financing deals?
Basically, it was similar, but we weren’t a fund. We’d create limited partnerships and we would go in that direction. It was less formal.

Does it involve the same amount of time and personnel?
Well, it used to be that the brokers also could help bring in investors and, perhaps, if they were successful, they might see some compensation on a deal. Basically, what’s changed is, … we have now in asset acquisition a number of members. We have three guys, including Norman [Sturner], who that’s all they do. They’re deal junkies. They’re out looking for deals. They’re out trying to raise money. Part and parcel to that is you have all the brokers, and you also have the asset management side here, which is just down the hallway, and, of course, we have project management. So, literally, we would find a building we were interested in. We have very narrow management here. Anybody needs anything done immediately, it’s basically within a minute or five minutes or 10 minutes, you can pretty much have an answer. It’s a matter of getting in front of the right person. That’s it. And if we found a building that was intriguing to us we could turn it around in a matter of a couple days and we were ready to roll.

When was the last time Murray Hill Properties turned a deal around in a matter of days?
Just this morning I received an email on a property that was out there from a major broker who was handling a building in Manhattan, and the email was: ‘Building’s off the market, preempted, no contingencies.’ And just like that, another building goes off the market—and that’s before all the bids came in and the beauty contest and all that.

What’s the latest on 1180 Avenue of the Americas?
That’s actually a building I was the broker on for a while. I was on the building up until my new position. We hired a terrific broker from the outside and he took over that building. Prior to that, there was a lot of talk about buildings in general that might be having some difficulties. As owners with our partners the Carlyle Group, we never missed a mortgage payment—ever.
But now, we’ve basically recapped the building. The only thing that’s happening in the building going forward is there’s some small vacancy that we’re leasing up right now. We’re not looking to reposition the building in some stark, different manner. It’s a corner building. It’s got great-credit tenants in it. But we get a lot of traction with the building.

Murray Hill hired former NAI Global executive managing director Gil Robinov this year. Does that mean the firm will be putting a greater focus on the UN submarket?
Gil actually worked here years ago. Gil is one of those guys who also is a deal junky, and he has a niche that nobody else can come close to. He has done more deals with UN-related tenants and governments than anyone. It’s probably five or 10 times more than anyone else—it’s probably even more than that. And Gil developed that basically on his own. Everybody in that entire niche knows him and he’s the go-to guy, but it’s probably more than a hundred governments have done deals with him, and he controls some buildings over there in that area.
Murray Hill Properties has, in the past, considered turning its brokerage over to the brokers. Is this an ongoing discussion at the firm, or has it since come off the table?

We had a time at Murray Hill where we were going off in different directions. We couldn’t decide whether we wanted to have the brokerage owned by the brokers or what.

When was this?
This was around four or five years ago, I’d say. It was back when a lot of senior brokers started to say, ‘I want to be an owner of a building. I’m gonna go put together a fund and see if I can buy buildings.’ Some of them were successful and others never got there.
So, anyway, there was a time when Murray Hill was thinking that Murray Hill would sell the brokerage piece to some of the brokers, but that’s long past. Although, I can tell you, since it’s on the record, that this discussion is coming back because I think it’s something that belongs on the table to talk about.

I bet brokers will be happy to hear that.
A number of brokers already know about it.

You work very closely with Norman Sturner and, I imagine, know him well. He strikes me as someone who rarely takes no for an answer. Is that safe to say?
He doesn’t really take no, but I will say one thing. Certainly you can go to any one of the brokers at Murray Hill to talk about what has happened here in the last year or so. A lot of it comes from Norman and [other principals]. They have empowered me to do what I want to do, and what I mean by that is, clearly, 95 percent of whatever I ask for they’ve said yes to.

What was the 5 percent they said no to?
I don’t know. I guess I’m just hedging. Maybe a bigger expense budget.