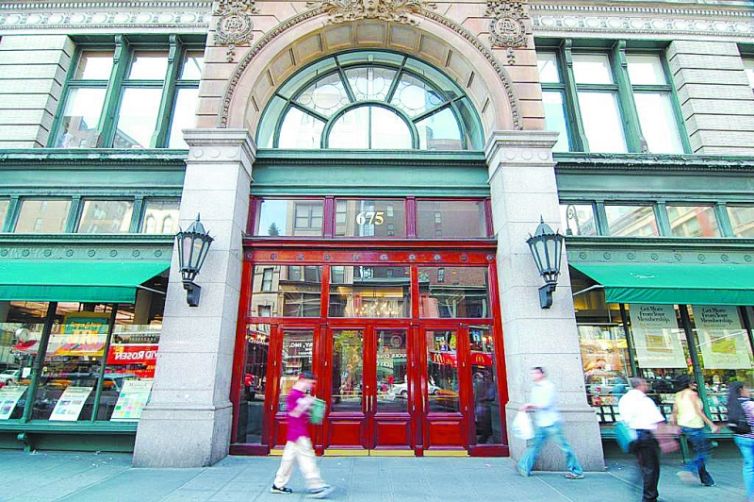 Ever since the Mattel Building at 675 Sixth Avenue lost its namesake toymaker, the upstairs office space has presented a puzzle.

The retail space is by now the happy home of Trader Joe’s, but the upper levels, which were converted to office spaces in 1986 under the ownership of Israel Taub’s Chelsea Green, are likely to lose one of their major tenants. The Gap, which had design offices in the building, is set to move out in 2012, as it consolidates its headquarters into 265,083 square feet at 40 Worth Street.

Earlier this year, the Huffington Post was set to move into the cavernous Chelsea office building, but that plan fell through when instead they headed for the AOL headquarters on lower Broadway. But it looks like something might finally be afoot, as the landlord has obtained a huge $72 million mortgage from Capital One.

Calls to Israel Taub and the building’s representative, Newmark Knight Frank, were not returned.