There has been much talk lately about the potential of a dangerous real estate bubble in Israel’s cities.

The Observer’s Laura Kusisto asked last week if Israel — where foreign buyers of luxury properties have not only rapidly and substantially driven up the cost of housing, but have created a fragile market — may compare to Dubai’s and to the US, whose real estate crashes were felt around the world.

SEE ALSO: In This Week’s Issue: Gaming the Election, Big Mack Attack, and ‘Come In, New York, Come in..’

Meanwhile, Bank of Israel Governor Stanley Fischer, the former MIT professor and Chief Economist at the World Bank, also last week, told a Knesset finance committee that an unusual phenomenon of Israeli parents helping their young married children buy first homes was also skewing the real estate market to make it look more similar to those countries which have had a bubble.

Both observations made headlines here in Israel.

Then, in a high-profile announcement in Jerusalem Monday, Israeli Housing Minister Yuval Steinitz laid out a bold government program to make it easier for young couples to buy a first apartment.

The government of Prime Minister Benjamin Netanyahu, himself a former finance minister, is to be applauded for moving to increase the availability of affordable housing. While the steps they are taking are important, they do not address all the issues. As long as there are foreigners with money who want to own property in specific areas in Israel, prices will keep going up. Building more apartments, especially non-luxury apartments, will likely have little effect on this pricing.

But statistics fail to give the full picture. They do not consider each area of the country individually, nor the social and religious considerations of the buyers.  Jerusalem well demonstrates some of what is going on.

While clearly, there are many factors that affect pricing, one of the most basic economic principles is of course supply and demand.  Who are the buyers purchasing all this property in Jerusalem? And who is creating the housing demand?

The “foreigners” and some of the more affluent families in the “modern” group are buying luxury apartments, generally in neighborhoods near the center of the city or near the Old City. Catering to this group has caused the limited building in those neighborhoods to be exclusively high-end. As many of these buyers are religious Jews who will not commute by car on the Sabbath, having the Western Wall within walking distance will likely keep these neighborhoods from dropping in price.

The pricing of luxury apartments is very high and will remain so as long as there is a demand by people that can pay these sometimes astronomical prices.  Purchasers of these apartments are not buying the apartments for an economic short-term investment. They are buying these apartments so they have a place to stay when they visit, and emotionally, they want to own land in Israel, especially in Jerusalem. It is possible that if the economy remains weak around the world, fewer people may be willing to buy a second apartment they rarely use and these prices will level off or go down slightly. But this class of buyer — with strong attachments to the city and the State — will always be around.

The lack of reasonably priced apartments in the central neighborhoods, caused by the increase in the luxury apartment prices, has also pushed up the prices on non-luxury apartments. This has forced many people to the surrounding neighborhoods, raising the prices in those areas, as well. But even a slight drop in the luxury market will not have any significant effect on the non-luxury apartments. Simply put, there is a very large demand and not enough supply for regular family apartments and apartments for young couples, professionals and students in the more central areas. This high demand surely will cause prices to at least hold or more likely to increase.

One needs to look at the neighborhood make-up of Jerusalem. There are many socio-economically weaker neighborhoods that surround more affluent ones. Young professional couples and students have seen this as an opportunity. They are moving into these neighborhoods, demanding better schooling and transportation, and fixing up the buildings and the neighborhood. And when a gentrification process begins, all neighborhood prices quickly go up.

The municipality is putting an emphasis on affordable housing. Pressure is being put on developers to finally start building for non-luxury buyers. They are working on programs to give financial incentives to developers that make apartments available for young families and students. While short-term, this might cause prices to level off or even come down, as more apartments becomes available, the prices will jump back. The demand is there.

So, can one make a worthwhile real estate investment in Israel today? Absolutely. But you need to do your homework, as well as decide what you are expecting to get out of your investment. And avail yourself of professional advice. Not all Israeli cities — nor sectors of the real-estate market — are alike. 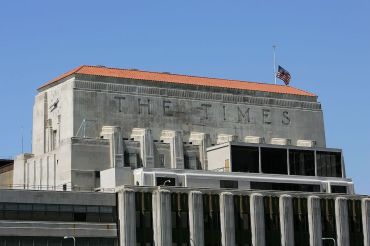