How’d He Do? A Wonky New Bio Makes the Case That We Live in Ed Koch’s New York A few years after he left Gracie Mansion, Ed Koch ran into gay-rights activist and playwright Larry Kramer in the lobby of their apartment building on Washington Square. Mr. Kramer had famously been a harsh critic of what he believed was Mr. Koch’s slow response to the AIDS crisis, satirizing him as closeted and craven in his 1985 play The Normal Heart, about the syndrome then baffling doctors, and confronting the indifference of public health officials like those in Mr. Koch’s administration. Hundreds of New Yorkers dead or dying from a terrifying new disease and the mayor couldn’t give less than a damn, according to Mr. Kramer.

For Mr. Koch, though, it was bygones.

“He was trying to pet my dog Molly and he started to tell me how beautiful it was,” Mr. Kramer once told The New Yorker of the incident, recounted in N.Y.U. Polytechnic historian Jonathan Soffer’s Ed Koch and the Rebuilding of New York City. “I yanked her away so hard she yelped, and I said, ‘Molly, you can’t talk to him. That is the man who killed all of Daddy’s friends.'”

There was New York’s last (for now) three-term mayor in one lobby run-in: He didn’t mind what you thought of him or his policies–you were probably mistaken, maybe even a “wacko,” as the mayor liked to say, and, besides, surely you could pause and let him politick? How’m I doin’ everlasting.

Mr. Soffer has crafted an oddly engrossing, anecdote-brimming retrospective of the improbable rise of an insufferably sensitive, maddeningly talkative, working-class Jewish kid with three semesters at City College and a middling showing at N.Y.U. Law to become arguably the most consequential post-World War II mayor of America’s largest city.

“Arguably” because most New Yorkers–most Americans, really–would say Rudy Giuliani is the most consequential, the most necessary, hizzoner of the last 60-odd years. He cleaned up the streets, locked up the criminals, opened up the parks, etc., etc., and then capped it by happening to be mayor on Sept. 11, 2001. Everyone in this town talks of New York City pre- and post-Giuliani, a sort of Jesus Christ of urban renewal.

But Mr. Soffer’s book seeks to give Eddie Koch from Ocean Parkway his due. And it does. You exit this biography believing that it’s Mr. Koch’s New York, for better or for worse, that we now inhabit.

Start with an open mind. Mr. Koch, after all, was, during his 12 years as mayor–beginning in 1978, after four terms representing much of the Village and the Upper East Side in the House–rarely a likable guy. A pugilist who breezily tossed off put-downs and an expert player of politics along class and racial lines, Mr. Koch comes off personally like your best passive-aggressive friend. He can’t deal with the focus shifting away from himself for too long, and damn you if you don’t understand what he’s trying to do.

Mr. Koch succeeded the hapless Abe Beame, who himself succeeded John Lindsay, who was just as hapless as Beame, the city’s comptroller for much of Lindsay’s time as mayor, but who benefited from being tall and handsome or … something, and who therefore didn’t receive quite as much blame as Beame for New York’s 1970s fiscal crisis, the great before-and-after benchmark of modern city history. (Lindsay had his rehabilitating moment earlier this year with a PBS documentary and an exhibit at the Museum of the City of New York–Mr. Soffer’s book shows that Mr. Koch may deserve his own such moment.)

Beame had been forced to turn the city’s governance largely over to a board of conservative business elites. They were to steer the city through its crisis, one spurred in no small part by the deliberate disinvestment by many of those same elites in developing and maintaining urban neighborhoods in favor of doing so for the rapidly growing suburbs, and by the indifference of successive administrations in Washington, who saw their natural constituencies, as Mr. Soffer puts it in the case of President Ford, “as rural, conservative and geographically far removed” from New York. It just didn’t pay political dividends at the national level then to care about big cities.

Which would not have mattered that much were New York’s fortunes not tied to the feds’ inability–or refusal–to fully fund health insurance for the poor. “When Koch took over as mayor, the cost of caring for the uninsured was 106 percent of the city’s total budget gap, in part because New York State required that all local governments pick up 25 percent of the tab for Medicaid … a burden no other major city in the country had to carry.” As Mr. Soffer points out, “If Washington had taken over these expenses, New York City would not have had a fiscal crisis, it would not have had to cut services, and city government would have been in a far better position to deal with the public health-related problems of homelessness, AIDS and drugs.”

But Washington didn’t, and New York did. And all at an anxious time when the city was in its last fitful throes of transition from an industrial-manufacturing economy to … whatever it is today: an always precarious scheme of banks, insurance firms and Big Real Estate, and attendant industries like advertising, PR, bottle-service clubs and, um, media. Also, never mind help from the private sector: New York City had become a major credit risk.

Still, there was Mr. Koch, a happy warrior on public policy and a household name nationally by his second term. He did what he could with what he had, righting the fiscal ship as well as he was allowed to through spending and service cuts; layoffs that antagonized the unions; state aid; and even, eventually, federal help, wrested through no small effort by the former congressman. By fiscal year 1981, New York had a balanced budget and was easing back into credit markets.

Along the way, in his next eight years, Mr. Koch would cajole innovation in various areas. On affordable housing, he pushed genuine economic development, complete with new construction–rather than rehabbing older existing apartments–and development targets (an approach continued in even more ambitious volume by Mayor Bloomberg). On the parks, he supported semi-privatization, such as the creation of the Central Park Conservancy, to meld public-sector supervision with private-sector fund-raising muscle. (It remains a controversial approach, but few could imagine returning to the days of “needle parks.”) On Times Square, he fought what appear in hindsight to be ridiculous plans to cut the bright lights and build a de facto theme park-slash-mall, complete with a sky bridge from the Port Authority for arriving suburbanites; at the time, these ideas were taken very seriously.

Mr. Koch, more often than not, made the right policy moves; or he quickly and publicly chased after them if someone else did. He made the ungovernable city appear eminently–and happily–governable.

Here, here? Not quite. For all the relative economic success and sheer exuberance that Mr. Koch brought back to Gracie Mansion, his failings on a number of social issues dogged him. Again, like the fiscal crisis he inherited, a lot of these issues were not of Mr. Koch’s making. But unlike the fiscal crisis, his involvement usually made things worse. Mr. Soffer, to his credit, does not spare the warts in this otherwise sympathetic biography.

Let’s pick one at random in the realm of race, an issue for which Mr. Koch seemed to have, for a politician who came out of the Village Independent Democrats and who spent time in Jim Crow Mississippi defending civil rights activists registering new voters, a particularly tin ear.

It was 1983, and a House subcommittee was holding hearings on charges of brutality and racism in the NYPD. The allegations were proving an embarrassment to Mr. Koch, who would be up for reelection in 1985 and who then held a tenuous grip on African-American votes. Besides, the allegations were largely true. Something decisive had to be done to show the NYPD was not institutionally racist. Why not the city’s first African-American police commissioner?

“He’s black,” Mr. Koch told the press when he bumped up City Corrections Commissioner Benjamin Ward in early 1984, “There is no question about that. If that is helpful, isn’t that nice?”

Ward’s skin color did little to solve the problems of a systemically troubled department. He couldn’t even provide solid PR for his boss. In April 1984, in the midst of what The New York Times called “the largest mass murder in New York City’s history”–10 bodies, including six children, found in a home in East New York–the NYPD could not find its commissioner for three days. Yet Mr. Koch stood by him, despite Ward giving no satisfactory explanation of his whereabouts (he did promise to put a radio in his car for his men to better reach him). When Ward died in 2002, Mr. Koch, 13 years out of office, offered this pronouncement upon his hire: “The fact that he was black was an extra plus.”

The last of the Koch years in New York were marked by a general degradation–more, it turns out, myth than lived reality, as we all know New Yorkers who enjoyed a delightful, enriching 1980s. Further, often violent, racial strife erupted, caused in no small part by Ward’s NYPD. The AIDS epidemic roiled on, despite Mr. Koch’s attempts, beyond those of any other big-city mayor, to ameliorate it; his initial efforts proved too little too late, and his own rumored homosexuality contributed to the image of a cynical pol trying to distance himself from the “Gay Plague.” The advent of crack fueled a rise in crime that seemed to touch every New Yorker, regardless of class. It was the era of Bernard Goetz and the Tompkins Square riots, squeegee men and graffiti. The Wall Street crash of October 1987 finished off any hopes of a further turnaround in New York’s livability.

By then, though, New York was different. Its economy had shifted, binding itself to the bankers and the builders. Its parks had powerful private backers. Its subways were being cleaned up, however glacially. Its budget was balanced. Its image as America’s–the world’s–greatest city was returning, burnished by hundreds of thousands of new residents throughout the decade. Within 10 years of the Wall Street crash, Rudy Giuliani would be reaping the credit for much of this growth (though neither he nor Mr. Koch could take credit for the drop in crime–it dropped everywhere in the U.S. during the 1990s). The growth could not have happened, however, without that inveterate pol who just couldn’t contain himself, even with an audience of one. 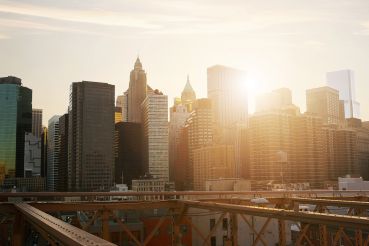 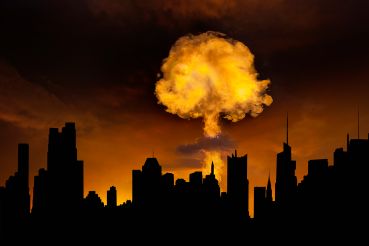 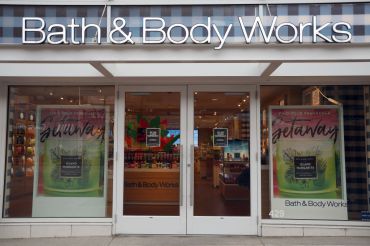