Among the laments for the Death of New York is the disappearance of many of the mom-and-pops that once lined the city’s streets. As bank branches and pharmacies and Marc Jacobses have descended on the city, the small-time merchants have fallen prey. Now they may be facing their biggest threat yet, as Walmart tries once again to plant its bottom-dollar flag in the city. And this time the world’s largest retailer just might succeed.

According to the Associated Press, Walmart is preparing to unveil plans for “a new small format that’s a fraction of the size of its supercenters” to help the company’s nascent move into urban areas. The retailer is reportedly looking for stores in the 20,000-square foot range-about half the size of Uniqlo Soho-which is well below the typical 150,000-square-foot supercenters, which have also been shrinking from a peak of 195,000 square feet.

Elliman retail honcho Faith Hope Consolo told the AP that Walmart has been looking for locations in Queens and Lower Manhattan, and believes its new approach could be a success. “I see this as a smart move, instead of coming into a market as a 900-pound gorilla,” Mr. Consolo said, adding “They’re on an aggressive roll. This is a creative time. Everyone is thinking out of the box.” Out of the big box, that is.

The Neighborhood Retail Alliance has already expressed dismay at the news: “So, while the more virulent manifestation of the Wal-Mart disease may rear its ugly head-in the form of a supercenter-at the Gateway Mall in East New York, the generalized illness appears ready to metastasize into NYC’s neighborhoods.” The group has vowed to mount a vigorous challenge to the new plans, as they have before.

But Walmart’s latest push may be different, meaning New York could be doomed to “always low prices.” As Walmart Watch has closely documented, the company has struggled in urban areas for at least a decade, following its near-total domination of rural and suburban America. These new, smaller stores could help Walmart finally succeed, but they are only the tip of the spear. If the company follows the same model it did to finally crack Chicago, perhaps Walmarts could soon be as prevalant as Duane Reades, or at the very least Traders Joe.

Three things helped Walmart succeed against opposition from labor unions and liberal alderman in the Second City. First, it argued it was creating desperately needed jobs (albeit ones of debatable quality or compensation), which means the downturn is probably the perfect time for its latest move. Second, the retailer hitched its store to a larger development on the outskirts of the city, which gave it the ability to claim it was creating not only jobs for the economically depressed Far South Side but also much needed affordable housing and services in a veritable food desert. This also gave the project the imprimatur of a developer with local political connections and clout. Third, and perhaps most crucially, Walmart pitted the construction unions, who were desperate to build the store, against the retail unions, who feared the impact it might have on its members and the city at large.

When Mayor Daley announced his support for Walmart in June, noting that he wanted more than 20 stores, they might as well have started digging foundations. By August, two stores had already won approval from the Chicago City Council.

Whether this success can be duplicated here in the five boroughs remains to be seen. Consider that no less a developer than the Related Companies, with the backing of the construction unions and the mayor, recently failed with its plans to redevelop the Kingsbridge Armory. Granted, that project lacked a Walmart, but it still had a non-union grocery store that was opposed by the community and the retail unions, a defense that will no doubt be mounted once again when Walmart makes its plans clear. But unlike Kingsbridge, Walmart need not be tied to a single location. The company may well find a councilman more sympathetic to a new store, especially a smaller one, in a more desperate corner of the city. And it can probably expect the support of the mayor.

The company has already spent time and money infiltrating the city in other ways, and it even moved its executive offices here in 2007. At the very least, this should make for yet another front in the ongoing Walmart War. 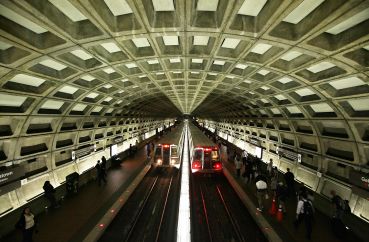