Council Turns Out the Lights, Saving City from Global Warming You’d think it would be obvious. To save energy, to save fossil fuels, to save the planet — and not to mention to save money — turn the lights out. But it’s not that simple, as the city’s building codes — in their byzantine, decades-old ways — can actually make that a hard thing to do.

A prime example is all those office buildings lit up like torches in the middle of the night. Sure, some of those cubicles are occupied, or are being cleaned, but more often than not they are empty. One of five new bills expected to pass the City Council today will require the installation of sensors in certain commercial spaces to have automatic shut-offs so that the lights will go out when they are empty. Another allows for public passageways and exits that might otherwise be illuminated by daylight to go without. When the sun sets, photo sensors will switch on the lights.

Most of these changes have to do with the emergence of new technologies, such as the aforementioned sensors or lower energy lighting, including fluorescents and LEDs, which another bill will now make standard in public housing; incandescent bulbs had been required before.

But the most important change to the building code is a new bill that requires the city to make environmental concerns a “guiding principal” in the design of buildings in the future. This may sound like a minor detail, or at least an obvious one, but it is a major shift in thinking, in that every new change made going forward will be assessed for its potential environmental impact.

This is the second round of green buildings bills passed by the Council, with the first round going into law in December. That makes for 10 new initiatives, with about a hundred more to go.

That’s something that should make it easier for everyone to sleep at night. Because they’ll know they won’t wake up underwater in the morning. 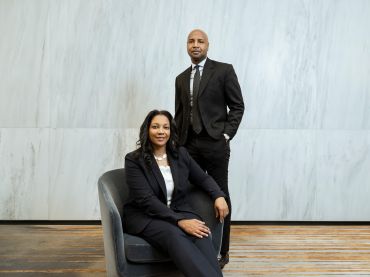