To Nets owner Mikhail Prokhorov, Brooklyn is a country—one that he says will help him make his Nets worth $1 billion in five years.

The Russian billionaire is featured on the cover of Forbes Russia’s August “Stars and Money” issue, discussing his conservative profit estimates, his passion and love for sports, and the Russian stereotypes he seeks to break.

Mr. Prokhorov, who has not always had adoring fans in Brooklyn, became owner of the Nets in May, in preparation for his team to make their new home in the Barclays Center within the controversial Atlantic Yards development.

And he couldn’t be happier to be in Brooklyn. Translation via nba.com, Mr. Prokhorov tells Forbes: “Brooklyn is a country unto itself. Even the Americans themselves say that. It’s the center of immigration. It has a unique energy to it. Tens of millions of people who now live in the U.S. came through Brooklyn.”

Brooklyn’s so great that a deficit is in fact a built-in part of the plan.

In two years, he says, his “conservative” profit estimate is $20 million.

And there’s nothing screwy going on here, he says. Discussing Phil Jackson’s interest in a coaching job with the Nets, Mr. Prokhorov transitions into his distaste for vodka and Russian stereotypes.

“He said he wanted to drink vodka with me. But the problem is I don’t drink vodka! (He laughs). By the way, that’s one of the stereotypes, that, if it’s a Russian, there must be something screwy going on. We’re going to break the stereotype.”

It’s also not just about business for this businessman. It’s about love. And passion.

“When you’re talking about the business of sports, you can’t leave out passion and love,” he says.

How does he handle conflicting interests of love and money? Self-discipline!

“In this business in particular, I need to be maximally careful, so that my passion and love for basketball don’t interfere with my business reasoning. It has to do with balancing my own internal interests and here I will be very self-disciplined. 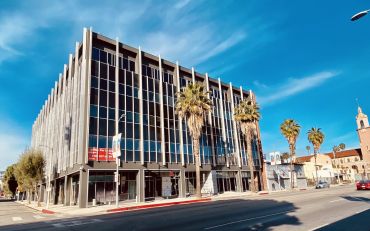