On Sept. 15, developer Kent Swig filed an affidavit with the Manhattan Supreme Court in which he claimed, “I cannot, out of my personal proceeds, satisfy a money judgment of $32,432,288.87 without being subject to extreme financial hardship. I do not have access to $28 million in cash or liquid assets and, if the Judgment is enforced against me at this time, I will likely have to file for personal bankruptcy protection. This will entail severe financial consequences not only for me, but also for my family, my business, and my employees.”

The affidavit was filed in an effort to forestall a court order that Mr. Swig repay $32.4 million in debt and interest to his creditor, Square Mile Structured Debt, which helped finance Mr. Swig’s Sheffield conversion project (to some tenants’ delight, Fortress Investment Group recently took control of the project). Mr. Swig has since appealed. And now he’s claiming this.

We are talking about a man who owns a duplex at 740 Park Avenue, the gilded den of hyper-exclusivity that inspired the book 740 Park: The Story of the World’s Richest Apartment Building, by Michael Gross.  The most recent apartment sales at 740 Park—to David Winn in 2008 and Vera Wang in 2007—were valued at $32 million and $23.1 million, respectively.

We’re talking about a man who reportedly owns a summer home that CityFile describes as a “lavish retreat” in Sagaponack, where Sotheby’s markets estates for seven- and eight-figure numbers.

“Technically speaking, you don’t have to be insolvent,” explained Daniel Austin, a professor at Northeastern School of Law and a bankruptcy expert. 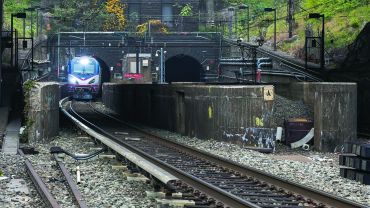