What’s expected to be the largest U.S. proptech conference ever will focus on climate tech and other real estate innovation issues 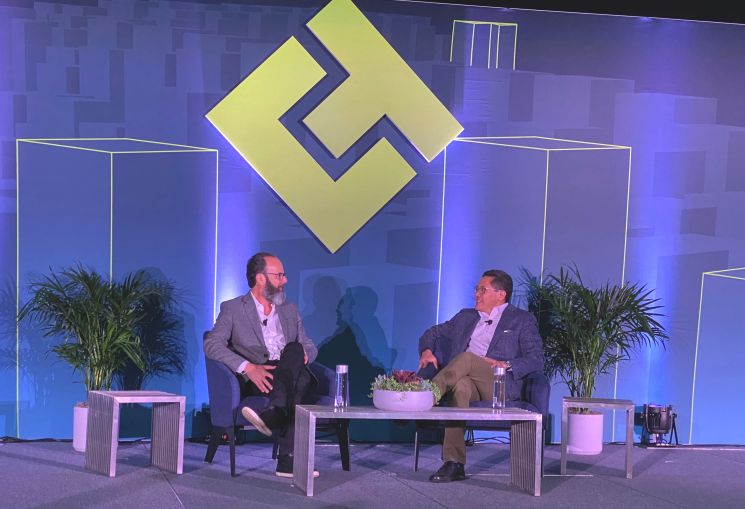 Competing with, among other things, the World Series, college and pro football, and a challenging economy, the autumnal world of real estate conferences is back, and kicking off with the CREtech NYC proptech conference on Oct. 12 and 13 at Pier 36 in Manhattan.

This year’s conference arrives amid a shakier time in the sector and will cover a wide range of proptech and related real estate topics, with a particular focus on climate tech and all-around innovation, said Michael Beckerman, CEO of CREtech. He said he expects some 2,500 global professionals to attend, which would make it the largest U.S. proptech conference ever.

“I am most excited about the extraordinary number of real estate companies that are attending for the first time, which is a wonderful affirmation of the progress we are making collectively in the proptech sector,” said Beckerman. “With five stages at the event we are also covering more areas of real estate tech than ever before, including office, multifamily, retail, logistics, construction, affordable housing, single-family rental, for-sale housing and sustainability.

“I am also proud to be bringing thousands of people back to an in-person event in the greatest city in the world. For CREtech, there is no other location for our conference in the U.S. other than NYC.”

The extensive speakers list is highlighted by Laura Hines-Pierce, co-CEO of Hines, who will be the first-day keynote in conversation speaker interviewed by Max Gross, editor in chief of Commercial Observer.

In addition to Ingels’ keynote, the second day features Sandeep Davé, chief digital & technology officer at CBRE, who will speak in the afternoon, followed by a conversation between Michael Turner, president of Oxford Properties, and Richard Croft, executive chairman at M7 Real Estate Ltd.

Among the many other speakers at the conference, Jeffrey Berman, general partner at Camber Creek, will be doing an “Ask Me Anything” spot on topics ranging from the current market environment to tips for entrepreneurs and teams pitching his venture capital firm, to themes and theses within proptech about which the company is excited.

“It’s a thrill to be heading back to CREtech NYC, it’s been too long since we’ve been able to come together as a community, share ideas and learn from one another,” Berman said. “Michael and his team have put together a dynamite program.”

Data is an ever-important component of proptech, as L.D. Salmanson, CEO and co-founder of Cherre, which recently announced a partnership with Dealpath, is well aware.

“We’ve known them for a really long time and I really liked the team,” Salmanson, who will be speaking on a panel about “Driving Innovation: How Leading Real Estate Companies Are Embracing Innovation,” said of Dealpath. “We’ve been doing a lot of work with the other deal platforms, so adding them made sense.”

As for CREtech NYC and other proptech conferences returning in force, Salmanson is all in. He said he especially looks forward to checking in with potential Cherre partners in person and showcasing the company’s wares.

“I love that they’re all coming back,” he said. “I think there’s no replacement for human interaction at the end of the day. It’s hard to make real, meaningful human connections remotely. And then it’s also really great to see a lot of people that you haven’t seen in a long time. It’s really fun.”