Why a Recent ADA Ruling Benefits Commercial Owners and Tenants 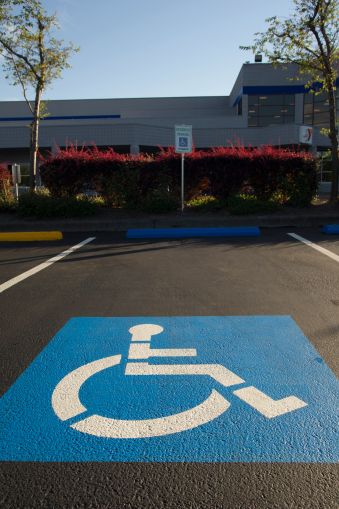 A drive-by ADA lawsuit often involves the same plaintiff filing court complaints against numerous commercial properties within a given radius claiming that the plaintiff was unable to access each property due to certain architectural barriers. Typically, the complaints feature copied-and-pasted boilerplate language, with only slight alterations. These suits often come as a surprise to unsuspecting owners and tenants, who will have no record or recollection of the plaintiff ever trying to access the relevant property.

The thousands of drive-by lawsuits filed nationally every year can pose a significant financial burden to defendants because, in addition to having to cover the costs of any legally required architectural remediation, the ADA awards recovery of attorneys’ fees to a prevailing plaintiff.

As a consequence, there have been increasing reports of plaintiffs demanding exorbitant attorneys’ fees to settle cases close to their inception — before either side has had time to actually rack up significant fees. Despite the high price tag, many defendants take these settlements because they are often still cheaper than the cost of litigation, where defendants may incur both the costs of remediation and higher attorneys’ fees if they lose. For these reasons, the terrain in these lawsuits frequently favored the plaintiffs.

But the copy-and-paste nature of these drive-by complaints — once among their greatest assets —  now may be their Achilles’ heel.

The Calcano case involved four disabled plaintiffs that had filed several nearly identical copy-and-paste ADA complaints before the same lower-court federal judge in New York. The lower-court judge in those cases held that the plaintiffs lacked standing to sue. On appeal, the Second Circuit Court of Appeals agreed with the lower court, finding that the plaintiffs failed to establish standing because they had asserted vague conclusory statements that merely parroted legal factors that the court had previously stated were necessary for standing.

The court held that, to establish standing, a disabled plaintiff must actually plead sufficient factual support for those factors, and that courts must examine those relevant facts. If the plaintiff does not meet this burden, then the lawsuit must be dismissed.

Crucially, in so holding, the court specifically criticized “the broader context of plaintiffs’ transparent cut-and-paste and fill-in-the-blank pleadings,” noting that “the four plaintiffs before us filed 81 of over 200 essentially carbon-copy complaints between October and December 2019,” and that “[a]ll of the complaints use identical language to state the same conclusory allegations.” Such “Mad Libs-style complaints,” the court held, “further confirms the implausibility” that the plaintiffs have standing.

The Calcano decision is significant because the court explicitly called into focus how the mass-produced nature of drive-by ADA complaints could weaken the viability of those lawsuits.  Many drive-by lawsuits are brought using the same or similar boilerplate complaints that simply parrot the bare legal factors required to establish standing, with no factual support — the exact sort of allegations the court found lacking in Calcano. Because the complaints are copied and pasted, this fatal error gets repeated over and over between lawsuits. Consequently, the Second Circuit’s holding in Calcano could potentially invalidate many of these lawsuits en masse.

This potentially represents a significant shift in the dynamics between drive-by ADA plaintiffs and the targeted defendants. Standing is a threshold jurisdictional requirement — meaning that courts must determine whether a plaintiff has standing to sue before they can touch the case’s merits. Because the Calcano decision likely calls into doubt the sufficiency of many drive-by plaintiffs’ allegations of standing, these plaintiffs may no longer enjoy immediate leverage over defendants, and thus may be on weaker footing in demanding exorbitant settlement fees.

Stated differently, if commercial property owners or tenants find themselves targeted by a drive-by ADA Title III lawsuit, they may now have an easier path to getting the lawsuit dismissed outright at an early stage of the litigation, before a court even gets a chance to adjudicate the merits of the lawsuit and with lower risk of racking up higher attorneys’ fees down the road.

At a minimum, owners and tenants may be able to use the more potent threat of dismissal as leverage to negotiate a quicker settlement on more favorable financial terms. In either event, the Calcano decision should come as welcome news to commercial property owners and tenants faced with drive-by ADA litigation.