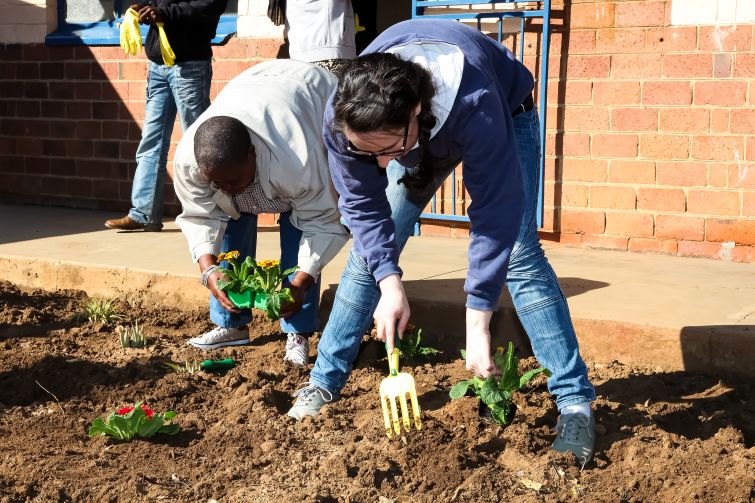 Community Development Financial Institutions (CDFIs) are the unsung heroes of neighborhood development in under-resourced areas. JPMorgan Chase has been a significant contributor to, and advocate for, CDFIs. The firm has provided billions of dollars to help distressed communities support affordable housing, small businesses and community facilities providing access to much-needed health care, healthy food and other resources. Partner Insights spoke to Kevin Goldsmith, managing director of community development tax credits and intermediaries lending at JPMorgan Chase, to learn more about the firm’s work with CDFIs.

Commercial Observer: What are CDFIs, and how do they fit into the commercial real estate industry?

Kevin Goldsmith: CDFIs are designated financial institutions certified by the U.S. Department of the Treasury that bring capital to underserved communities. There are about 1,100 certified CDFIs and four types: credit unions, community development banks, venture capital funds and loan funds, which are about 50 percent of CDFIs. Our firm mainly focuses on CDFI loan funds—the largest category by number, but smaller by assets compared to CDFI banks and credit unions. Their mission and flexibility make them important for the commercial real estate industry. CDFI loan funds aren’t subject to the same regulatory oversight as traditional banks. They don’t take deposits and they don’t receive FDIC insurance, so they have more flexibility in the types of loans and underwriting they provide. Many CDFI loan funds are also nonprofit organizations, so they fundraise and receive federal grants and philanthropic support. They also raise capital from banks that are seeking to expand their support for underserved communities.

Walk us through the funding process for CDFIs.

CDFIs must focus more than 60 percent of their activity on their target underserved population. Most CDFI loan funds are nonprofits and tap a variety of funding sources, including grants and capital from the U.S. Department of the Treasury’s CDFI Fund, foundations like the MacArthur and Ford foundations, and banks like JPMorgan Chase.

CDFIs often blend sources of capital to bring down the cost of loans for its borrowers. For example, a CDFI may receive financing from our Community Development Banking team in addition to a grant. Let’s say those sources blend to a 1.5 percent to 2 percent interest rate. The CDFI may then be able to lend to a project at rate of 5 percent or 6 percent —that’s typically below market for what the project would otherwise be able to obtain.

JPMorgan Chase has devoted both personnel and capital to affordable housing nationwide. How do CDFIs fit in with that effort?

As a regulated financial institution, our lending reach is limited based on risk profile and credit metrics. That’s where CDFIs come in. For example, we worked on a facility with Enterprise Community Investment. Enterprise has been a huge partner of ours in many areas. We invest in its low-income housing funds and New Markets Tax Credit (NMTC) allocation. We also lend to Enterprise directly. In 2021, we were the lead investor and closed on a $40 million facility as part of Enterprise’s $350 million Equitable Path Forward Growth Fund (EPFGF). EPFGF provides BIPOC (Black, indigenous and people of color) developers with predevelopment loans, working capital loans and acquisition financing, which are difficult to obtain from conventional sources.

In addition to helping create affordable housing, how do CDFIs contribute to job creation and other community needs?

If you look at the products and services of many CDFIs, they are about as diverse as that of a large financial institution. They do nonprofit lending and small business financing. They made Paycheck Protection Program loans. They provide technical assistance and coaching for small businesses and communities. They are frequently at the intersection of and coordinating public-private partnerships. All of that advances their goal of serving underinvested communities with access to capital, resources and jobs that communities need.

Can you tell us a specific example or two of how JPMorgan Chase’s work with CDFIs has helped a community?

We’ve invested in hundreds of NMTC and affordable housing projects with CDFIs. There’s the North Lawndale Employment Network (NLEN) that we closed here in Chicago. IFF, a local CDFI partner, provided loan capital to that project, and we provided NMTC equity financing. As a result, several hundred more members of the North Lawndale and surrounding communities now have access to quality job training and workforce readiness programs. We’ve also financed grocery stores in areas of Detroit and New Orleans that were food deserts. Those were both in partnership with large national and regional CDFIs that provided part of the capital stack for some of the NMTC allocation to those projects.

How much has JPMorgan Chase contributed to these communities over the years through CDFIs?

Over the last two decades, our team has provided more than $2 billion in direct financing to CDFIs. That is the initial impact, but the impressive part is the leveraging of other capital resources by the CDFIs. When we lend to a CDFI, it typically combines that capital with other sources (either in their financials or at the project financing level), so there’s a multiplier or leveraging effect. That combination of other capital resources by the CDFI translates into several billion dollars of capital invested into low-income communities.

What is the most important takeaway you hope a reader will retain?

CDFIs are an important component in the continuum of capital to support underinvested communities. They can offer capital at terms and with flexibility beyond conventional sources. They also provide extensive technical assistance and support to borrowers in low-income areas, and are engaged with the community to understand local needs. CDFIs are highly valued partners in providing a holistic approach to community development finance.