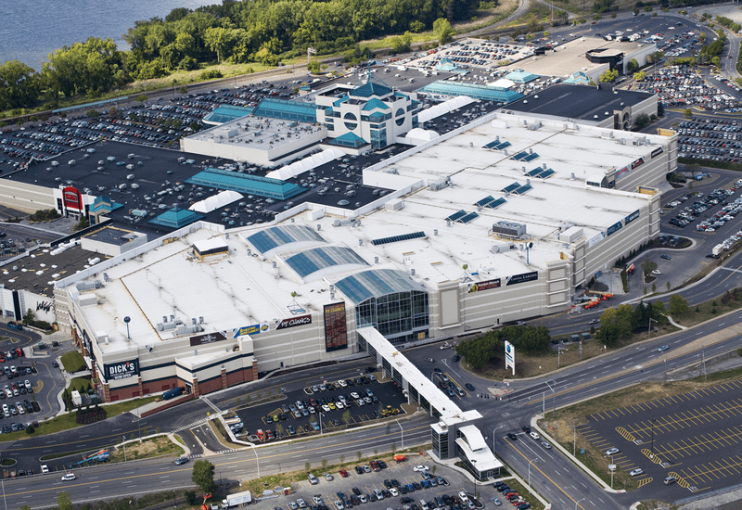 “The delinquency rate, equal to the percentage of all delinquent specially serviced loans and delinquent non-specially serviced loans, for CRED iQ’s sample universe of $500 billion-plus in CMBS conduit and single-asset single-borrower (SASB) loans was 3.83 percent, which compares to the prior month’s rate of 3.84 percent. CRED iQ’s special servicing rate, equal to the percentage of CMBS loans that are with the special servicer (delinquent and non-delinquent), declined month over month to 5.88 percent from 6.09 percent.

“The overall distressed rate declined compared to the prior month rate of 6.19 percent. The overall distressed rates typically track slightly higher than special servicing rates as most delinquent loans are also with the special servicer. The individual delinquency rate for the retail sector spiked higher in April to 7.34 percent, compared to 7.06 percent as of March 2022.

“The sharp increase can be attributed partially to a reversion to delinquent payments from the $125 million Westfield Palm Desert loan, which is secured by a regional mall in California. The loan was marked as current in payment during previous months but became 30-days delinquent as of April 2022.

“Westfield Palm Desert transferred to special servicing in August 2020 and was delinquent for nearly all of 2021. Notably, the loan sponsor, Unibail-Rodamco-Westfield, was featured in the news in early April 2022 for providing an update on its planned divestiture of U.S.-based regional malls.

“The delinquency rate for lodging properties continued to show meaningful and consistent improvement. For a second consecutive month, the outstanding balance of delinquent lodging loans declined by more than $450 million.

“The lodging delinquency rate was 7.55 percent in April, which compared to 7.99 percent the month before. One of the largest delinquency cures in April was the $135.1 million Marriott LAX loan, which is secured by a 1,004-room hotel adjacent to the Los Angeles International Airport. The loan was modified in February 2022 and terms of the agreement brought the loan current in payment. The loan transferred to special servicing in December 2020 and had been delinquent in payment until the closing of the modification agreement.

“Changes in special servicing rates by individual property type were a mixed bag in April.

“The special servicing rate for lodging declined by approximately 15 percent. A large component of the shift was caused by the $982 million loan secured by the Ashford Hospitality Trust Portfolio. The loan transferred to special servicing in June 2020. The loan returned to the master servicer in April after furniture, fixture and equipment (FF&E) reserves were replenished from being used to pay debt service during a forbearance period.

“Special servicing rates for retail (11.21 percent) and office (3.73 percent) both increased compared to the prior month. The increase in the office special servicing rate was anticipated given March’s revelation of Blackstone’s intentions to hand 1740 Broadway back to the lender.

“The increase in the special servicing rate for retail was driven by Destiny USA — a 2.1 million-square-foot regional mall in Syracuse, N.Y., owned by Pyramid Management Group. The distressed shopping center secures a $430 million loan that is securitized in the JPMCC 2014-DSTY CMBS transaction. The loan transferred to special servicing due to imminent default ahead of the loan’s June 2022 maturity date.

“The Syracuse mall loan had previously transferred to special servicing in April 2020 and returned to the master servicer in March 2021 after a loan modification. Another one of Pyramid’s properties, Walden Galleria, was a major driver behind increases in retail distress in April.

“CRED iQ’s overall CMBS distressed rate by property type accounts for loans that qualify for either delinquent or special servicing subsets. In April, overall distressed rates for retail, office, industrial and self-storage increased while lodging and multifamily exhibited declines in overall distress. Two of the largest loans added to the distressed category, both via transfers to special servicing, were the aforementioned 1740 Broadway and Destiny USA.”