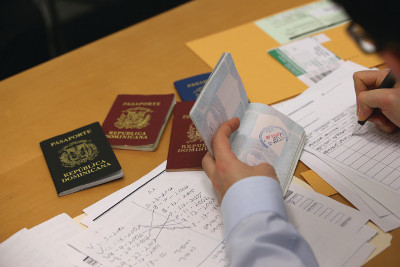 The EB-5 investment program is back.

The program, which allows investors to obtain green cards in exchange for financing real estate projects, has been in limbo since June 2021, when both a federal court ruling invalidated its latest rules and the program’s congressional authorization expired.

It will soon be reinstated, in an updated form. A major overhaul of the EB-5 investment visa program passed Congress as part of the omnibus package that will fund the federal government through Sept. 30, and is expected to be signed by President Joe Biden soon.

Some of the changes include a new minimum investment of $1.05 million for standard EB-5 investments and $800,000 for investments in Targeted Employment Areas, in contrast to the previous minimums of $900,000 and $500,000, respectively. It also allocates a portion of the EB-5 immigrant visa quota to investments in rural areas, high unemployment areas and infrastructure projects.

With the passage of the new EB-5 rules, U.S. Citizenship and Immigration Services (USCIS)can now resume processing pending cases that were suspended by the agency last year. At last count, tens of thousands of overseas investors who committed capital to American economic development saw a freeze on their green card applications, according to USCIS.

“The EB-5 Reform and Integrity Act gives our country a competitive edge in the global marketplace for foreign capital and it will attract investments from abroad to create jobs here at home,” John Fish, chair of the Real Estate Roundtable, advocates for the law, said in a prepared statement. “American workers in low-income neighborhoods, downtown business districts and rural markets will benefit from EB-5 modernization because it will bring critical financing to support infrastructure and other economic development projects throughout the country.”

The EB-5 overhaul is also designed to better deter fraudulent schemes that have plagued the program and improve national security protections on inbound capital, according to the Real Estate Roundtable. These efforts will include collecting fingerprints and other biometrics of those involved in EB-5 activities, to be submitted to USCIS.

USCIS will also conduct an audit of each regional center at least once every five years.

“Reauthorizing regional centers for five years also creates stability that will encourage legitimate overseas investors to direct their financing resources to the U.S., and ultimately, spur the job growth needed to recover fully from the COVID pandemic,” Fish said.

The Real Estate Roundtable declined to provide further comments outside of its release.