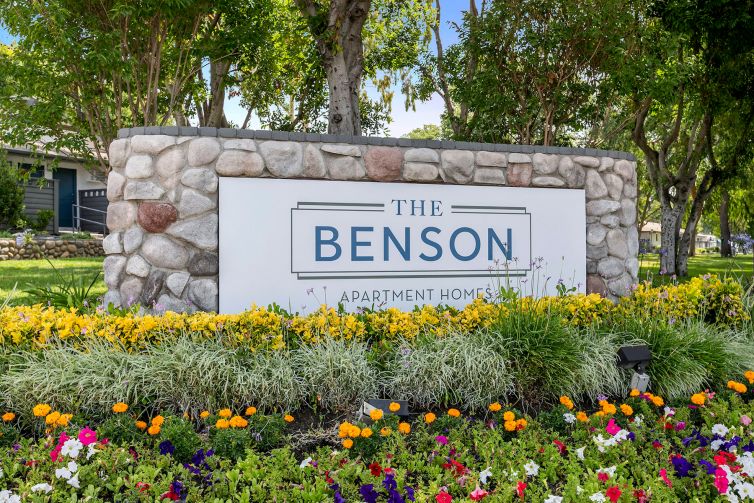 The Benson at 850 North Benson Avenue in the city of Upland, Calif., in San Bernardino County. gcornfieldcommercialobservercom

With a growing jobs market and more affordable rents than in Los Angeles, the multifamily sector in the Inland Empire to the east continues to outperform its counterparts.

An affiliate of Abacus Capital Group has sold a 236-unit multifamily property called The Benson for $80.8 million, or $342,161 per unit, to New Standard Equities. It’s located at 850 North Benson Avenue in the city of Upland, Calif., in San Bernardino County.

Institutional Property Advisors (IPA), a division of Marcus & Millichap, announced the deal and represented the seller.

“Rents in Upland have increased by 13 percent in the last 12 months and the competitive set’s asking rents are approximately 35 percent higher than the average in-place rents at The Benson,” said IPA’s Alexander Garcia, who represented the seller with Joseph Grabiec, Kevin Green, Greg Harris and Chris Zorbas. “Average occupancy in Upland over the same time period has been 97 percent.”

The Benson was built in 1973 on a 516,578-square-foot lot 1.4 miles from the L.A. County border, near Claremont Colleges and the Montclair TransCenter. The unit mix includes one-, two- and three-bedroom apartments in 32 residential buildings, and the property also features two pools, a spa, a fitness center, and a playground.

The 2021 USC Casden Economics Forecast projects triple-digit dollar rent increases over the next two years for apartment dwellers throughout Southern California, with the highest jumps hitting suburban markets like the ones that make up the Inland Empire. By the end of the third quarter of 2023, experts anticipate average total monthly rent to increase by $241 in the region.

“The Inland Empire continues to experience impressive growth and job creation, and this surge in economic activity has intensified the demand for housing,” Green said. “Single-family home prices have increased 13 percent over the last 12 months and are projected to grow 10 percent over the next 12 months, further exacerbating the affordability gap to home ownership and fueling strong rent growth.”