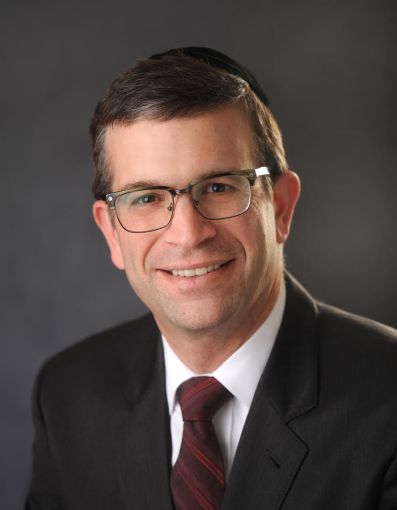 Abraham Bergman, after twenty years in the company, will serve as CEO of Eastern Union. Credit: Eastern Union

Commercial mortgage brokerage Eastern Union appointed Abraham Bergman, who has been a managing partner at the firm since its 2001 launch, as the new CEO.

The company said on Wednesday that Bergman will be only the second CEO in the firm’s history as Ira Zlotowitz had held the position since Eastern Union’s inception. Zlotowitz left the firm on Nov. 15 to start his own company, GPARENCY.

Bergman is credited with creating much of Eastern Union’s ​​corporate strategy and structure over the years as well as leading sales in mortgages, structured debt, health care, hospitality, mobile home parks and investment sales.

“Eastern Union has established itself as one of the industry’s most respected commercial mortgage brokerage firms,” Bergman said in a statement. “Our national client base is steadily expanding, and so are our relationships with lenders across America. Powered by these competitive assets, I am committed to ensuring the company’s continued growth.”

As Bergman rises to the top, so do ​​two of Eastern Union’s top brokers. Marc Tropp and Michael Muller have been named to the company’s board and will continue in their current roles of senior managing director.

Muller has been the firm’s leading broker in the New York City market over the past 20 years while Tropp has been the company’s number-one broker in the Mid-Atlantic regional market for the last 16 years, according to Eastern Union.

Moshe Maybloom has also been named to the board after 14 years at Eastern Union and will assume the role of senior managing director of operations.

Eastern Union attributed much of the shuffle to more deals getting done, with October seeing the highest volume for the company in the last 18 years, making new hires and promotions necessary to expand the firm’s abilities to juggle responsibilities.