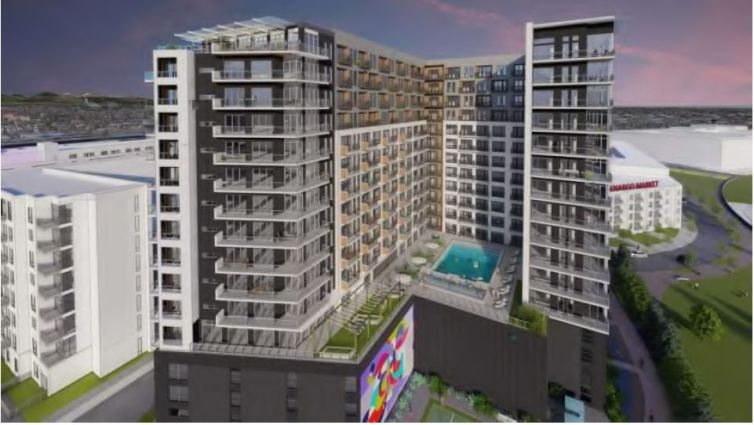 Pacific Western Bank has supplied $88.7 million in construction debt to Cypress Real Estate Advisors (CREA) to build a fresh multifamily community near Downtown Denver, according to information from the lender.

The financing will allow for CREA to begin construction on a planned 336-unit multifamily complex at 2600 Wewatta Way, which is located between the city’s River North Art District and Ballpark District, the area that hosts Coors Field — the home of Major League Baseball’s Colorado Rockies.

Chris Erickson, an executive vice president and regional manager for PacWest’s Colorado real estate lending group, said the bank was “thrilled” to be lending on yet another CREA project — it is the third time the bank provided financing on one of the developer’s projects.

PacWest is “relatively new to the Denver market,” Erickson said, adding that the bank is “confident in the projects that Cypress and other like-minded developers and investors are launching throughout Denver and the Rocky Mountain region.”

In the area where the project at 2600 Wewatta Way will be situated, which has been deemed Denargo Market, CREA is undergoing a series of multifamily developments, having already built two, according to the firm’s website. The first two were the Yards at Denargo Market and Crossing at Denargo Market, which comprise a combined 622 apartment units, and the firm is planning for two more, including this most recent development that PacWest has financed.

The asset at 2600 Wewatta Way will include ground-floor retail, a fitness center, coworking space, and a 1,500-square-foot “sky lounge” on the top floor that will provide views of the Denver skyline, according to information from PacWest.

Officials at CREA did not respond to inquiries prior to publication.