The legislation would require real estate professionals to notify the city about potential sales of vacant properties of 20,000 square feet or more. 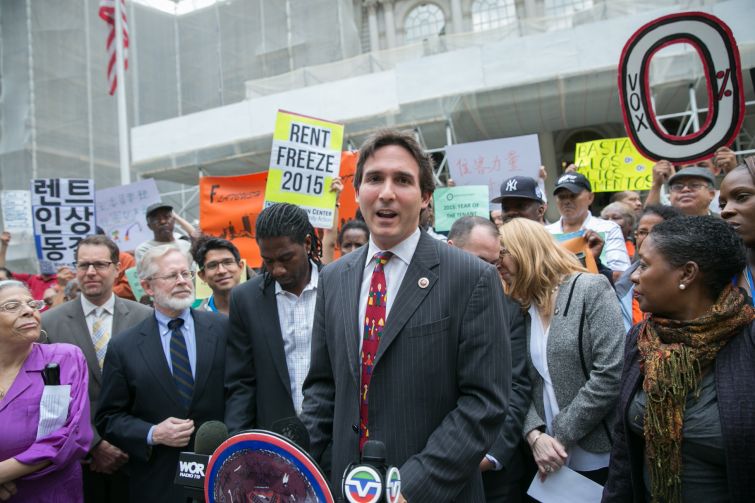 A New York City Council member is trying to give the city a heads-up on vacant building sales.

Councilman Ben Kallos plans to introduce legislation on Thursday that would require real estate brokers, realtors and listing agents to notify the city 30 days before a vacant property — including empty lots and unoccupied buildings — of 20,000 square feet or more goes up for sale, Commercial Observer has learned.

Kallos said the bill will bring the city in the loop on transactions, giving it the first right of refusal on vacant properties to allow it to build more schools, firehouses and other municipal buildings.

“In my district, which is the Upper East Side, we have three gigantic vacant spaces,” Kallos told CO. “I’m trying to build more pre-K sites, and more schools [and] firehouses … It’s clear to me that it is a bad thing that real estate isn’t getting into the hands of the government [and] public-private partnerships aren’t happening frequently.”

The city would be required, under the new legislation, to express interest in acquiring the property or say why it’s not interested within a 30-day timetable. If an owner rejects the city’s offer, the city would also be required to disclose why it didn’t use eminent domain — when a government takes private property for public use and compensates the owner — or the Uniform Land Use Review Procedure to acquire the property, according to the a copy of the bill shared with CO.

But, commercial real estate attorney Joshua Stein, who owns an eponymous law firm, raised concerns that the bill would slow down, or eventually stop, deals in the city and questioned if the bill was even necessary.

Kallos — a Democrat who represents Roosevelt Island, much of the Upper East Side, and part of Midtown East — says the notification requirement would provide more accountability for the city to actively seek out new locations for public buildings. While his district needs more school seats and firehouses, the city has been slow to respond to real estate professionals offering properties for sale, Kallos said.

“We have done the work of finding sites for the city to place pre-Ks and new schools, and where, again and again, the city has refused to answer,” Kallos said. “The goal here is to create real accountability around city agencies that have failed to build the essential infrastructure we need that is leaving our children in overcrowded schools, and threatening people’s public safety without enough firehouses.”

The legislation, which could take weeks or months to be voted on by the council, carves out notification exceptions for properties involved in a bankruptcy court proceeding, those being refinanced but retaining the same ownership, or those that have been acquired by another city agency through eminent domain.

An owner or real estate professional can also provide fewer than 30 days’ notice when they receive an unsolicited offer, when an owner dies or undergoes financial hardship, or when an owner or representative can show a good reason for the delay, according to the legislation’s text.

The scale of the legislation, if passed, is unclear. Real estate data firm PropertyShark lists 272 vacant lots for sale in the five boroughs. There are likely more vacant properties — space with unoccupied buildings — up for sale.

As part of the new bill, the city will collect information on properties — including the name of the owne; the address, size and type of the property; asking price; and why it’s up for sale — on a website viewable to the public, according to the legislation’s text. Owners or real estate professionals that don’t comply with the notification requirement would be hit with a $30,000 penalty.

The website could also pose problems for brokers or owners, Stein said, as the public listing could hurt brokers — who are quietly trying to market buildings — by putting too much information in one place.

A spokesperson for the the Real Estate Board of New York said it was reviewing the legislation, but declined to comment further.

Kallos said the legislation was necessary to make sure the city knows when properties are available, and so the public knows whether or not the city is actively seeking out new public space. He couldn’t imagine the 30-day heads-up would kill or slow a transaction, he wrote to CO in an email.

Kallos added that the legislation might help the city use eminent domain to build more important public projects, like schools, rather than projects like Brooklyn’s Barclays Center, which was built on 22 acres of land taken through eminent domain, CBS reported. But, using eminent domain is a last resort, he added.

“I’m hoping this legislation will remind folks that the city, though [it] can speak softly, still carries a big stick,” he said. “The City of New York used eminent domain to build Barclays Center and to basically remove an entire city neighborhood, but we don’t use eminent domain to build schools. That seems strange to me. My hope is that this legislation will really put the screws to the city and make sure that they actually start doing their job and using their powers properly.”