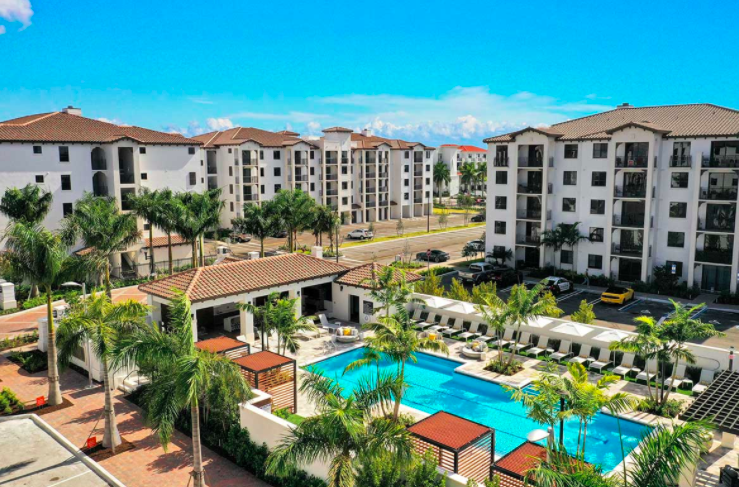 Located at 1100 Audace Avenue in Boynton Beach, Fla., the six-building compound holds 324 units and sits between North Congress Avenue and the C. Stanley Weaver Canal. Monthly rents for one- to three-bedroom apartments range between $1,604 and $2,474, according to Apartments.com.

A representative for Walton Street Capital declined to comment on the deal’s financing.

The seller, Alta Developers, acquired the 10.2-acre parcel for $11.5 million in 2016, according to property records. Two years later, the firm secured a $43.1 million construction loan from Pacific Western Bank. An Alta representative did not immediately respond to a request for comment.

Based in Chicago, Walton Street Capital has invested and managed approximately $14 billion of total equity and loan commitments since its founding in 1994, the company says. Bluhm, with an estimated net worth of $5.2 billion, owns such marquee Chicago properties as 900 North Michigan and the Ritz-Carlton, according to Forbes.

Miami-based Alta Developers has brought more than 3,500 residential units to the South Florida market, including the 128-unit Le Parc at Brickell and the 156-unit Wynwood Bay.