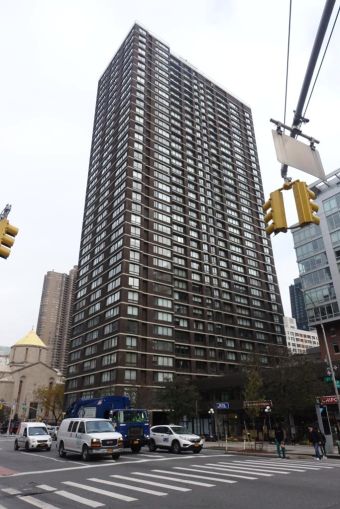 New York-based real estate investor and developer The Kibel Company has nabbed $75 million in debt from Morgan Stanley to refinance a residential mixed-use tower off 34th Street in Kips Bay, Manhattan, according to city records and deal analysis from Fitch Ratings.

The 10-year, interest-only, commercial mortgage-backed securities (CMBS) loan refinanced just under $53 million in existing debt, funded an outstanding tenant improvement reserve and an upfront free rent, and paid closing fees, and Kibel was also able to capture about $20.3 million in fresh equity with the financing, as per Fitch.

Morgan Stanley established an appraised value of the 36-story property at $231 million, which pegged the deal’s underwritten loan-to-value at around 32.5 percent, according to deal specs from Fitch.

Built in 1974, the high-rise is situated at 300 East 34th Street — between First and Second avenues — and just a block away from the sprawling NYU Langone Health medical center at 550 First Avenue, along the East river waterfront in Kips Bay.

The residential portion of the asset sports 359 luxury studio, one- and two-bedroom units, and such amenities as on-site parking, a fitness center, a laundry room, and a rooftop deck with a swimming pool, according to the property’s website. Kibel has held on to the property since developing it almost five decades ago, and since 2016, the company has deployed around $6.6 million into upgrading and renovating the common areas and amenities.

The units range in size from 600-square-foot studios to around 1,300-square-foot, two-bedroom apartments. Monthly rents for every floor plan could not immediately be gleaned, but Kibel’s website has a studio listed for just under $3,000 per month. The average gross rent at 300 East 34th Street is $3,483 per unit, which is almost 20 percent lower than the area’s average rent of around $4,336 per unit, according to Fitch, which cited data from Reis.

The tower has exhibited an occupancy of around 95.5 percent or more over the last four years, and the property’s apartments were nearly 92 percent occupied as of March. In the previous 12 months ending in April 2021, average rent collections for both the residential and commercial spaces were more than 98 percent and 96 percent, respectively.