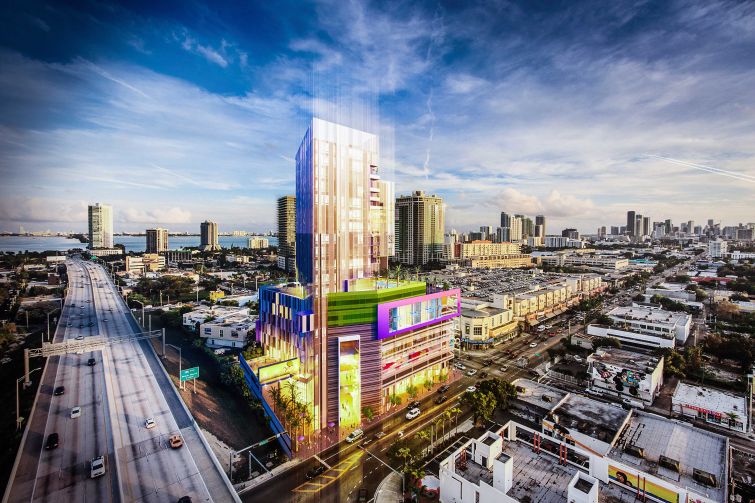 A prime Midtown Miami development site is back on the market after its owners filed for bankruptcy.

The 1-acre site, situated at 3601 North Miami Avenue, sits between two of the city’s hottest neighborhoods: the Design District and Wynwood.

The land was intended to house a mixed-use project called Triptych Miami. But, in March, its owners — companies controlled by HES Group CEO Francisco Arocha and Managing Partner Alberto Abilahoud — filed for Chapter 11 bankruptcy after their lender sued to foreclose on a $15 million loan, The Real Deal reported at the time.

The property is unpriced and the call for offers is scheduled for June 24th, announced by Avison Young, the brokerage facilitating the bankruptcy sale.

The owners had first put the property for sale in October 2020. Back in 2014, the parcel sold for $12.25 million, property records show. By December 2019, after the plans had been filed, the property was valued at $42 million according to CBRE appraisal, per TRD.

“The site provides numerous rarities,” Avison Young Principal John Crotty said in a prepared statement, referring to the parcel’s prime location and zoning. The site is also located near the I-195 highway, which leads into Miami Beach.