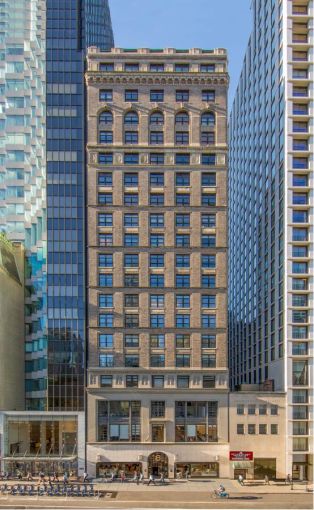 The bakery, which operates 60 locations in Russia and Ukraine, is expected to open in late fall at the 22-story Midtown office building. Wolkonsky will occupy three levels of the property with a storefront facing Bryant Park. Jack Resnick & Sons declined to comment on the terms of the deal.

“Wolkonsky’s new bakery and cafe will bring a great amenity to our building and the neighborhood,” Brett Greenberg, who represented Jack Resnick & Sons in-house, said in an email. “They were attracted to our prime location overlooking Bryant Park, strong foot traffic, and proximity to world-class shopping and Grand Central Terminal.”

The bakery signed the long-term lease in May and will join investment broker Middlegate Securities, nonprofit Altman Foundation, real estate developer and owner Hakimian Management Corp. and WeWork at the 137,327-square-foot building.