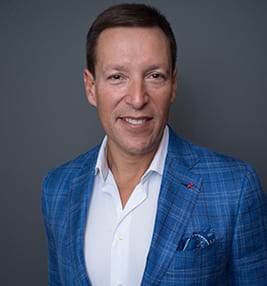 Golden, who spent the last six years as Newmark’s Texas region president, will manage Rastegar’s day-to-day operations from the firm’s Austin, Texas, headquarters with a sharp focus on developing its real estate platforms and vertical investment strategy. The Dallas native first met Rastegar’s Founder and CEO, Ari Rastegar, 10 years ago and has been impressed with how he has grown the firm since its launch in 2015.

“What attracted me to work with Ari was simply the incredible heavy lifting that he did to find and execute a business strategy over the last five years that put him a position of leadership in next-generation investment in central Texas and the Sun Belt,” said Golden, who arrived at Rastegar in mid-March after a 19-year run at Newmark. “It was an opportunity for me to work with Ari to develop the future of the business and to lean in on the things that I have developed throughout my career to guide into the next place, which is being a completely vertically integrated commercial real estate firm with assets in all the major food groups.”

Rastegar, which launched a new $200 million real estate investment trust in January targeting vintage multifamily properties across the Sun Belt, is planning to work closely with Newmark under Golden to leverage its real estate services. Newmark already has a working relationship with Rastegar through previous multifamily opportunities, and the brokerage is also working on leasing for the future 50-acre industrial property in an Austin opportunity zone acquired by Rastegar last month.

“We have always had a great working relationship with them, but being able to leverage their base for deal flow, for leasing is just unbelievable,” Rastegar said of Newmark. “It gives you that competitive advantage you are looking for.”

Rastegar said Golden’s vast experience in the Sun Belt region would be instrumental in spearheading growth throughout the Southern U.S. in multifamily, office, retail and industrial assets. Golden has built and invested in more than 3,000 multifamily housing units across the Southeast and mid-Atlantic throughout his commercial real estate career. The University of Texas at Austin graduate has also previously lived in the Sun Belt cities of Atlanta, Miami, Houston and Dallas, which Rastegar said gives him a nuanced level of the market.

A 12-time Deal of the Year award winner from various publications, Golden is a featured speaker/guest lecturer for organizations around the country, including National Real Estate Investor, ALA, Lex Mundi, Group of Ten and the United States Law Firm Group.

“This is a huge inflection point for us,” said Rastegar, noting that Golden will play a central role in spearheading other strategic hires to help grow the firm. “We’re raising significant capital and need an all-star supporting cast.”