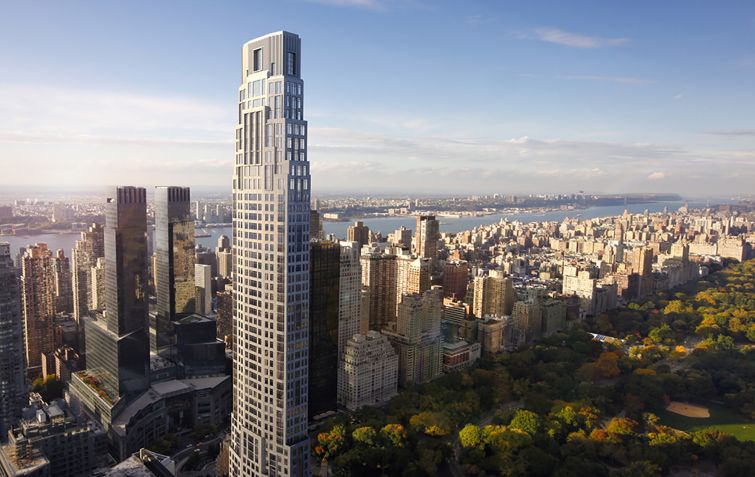 GiGstreem, an internet service provider focused on commercial and residential buildings, closed on a $50 million investment from Crestline Investors to fund its growth in additional markets.

GiGstreem, founded in 2017, offers a privacy-focused, wireless internet platform for residential and commercial buildings that currently operates in six markets. With the new funding, GiGstreem plans to expand to a total of 15 cities nationwide this year, including Los Angeles and Orlando, according to founder and CEO Joel McIntyre.

The funding is a mix of debt and equity, the percentage of which is dependent on conversion rights at exit, according to information from GiGstreem.

At 220 Central Park South, GiGstream supplies ubiquitous Wi-Fi throughout the property, which the developer uses to run all of the building’s connected devices and systems. Residents also have the option to choose whether to use its service or not.

As buildings get smarter, and more and more devices are connected to the internet, fast and reliable service is going to be more important than ever, McIntyre said. “Connected devices are accelerating so dramatically and it’s not going to slow down,” McIntyre said.

For its new expansion, the company will only operate in a market once it has a critical mass of at least 10 to 12 properties, since it uses a mesh of fixed wireless or fiber-optic service to connect its buildings, per McIntyre. Another area of growth that McIntyre hopes to pursue is working with local governments.

“The second piece is, how can we better partner with cities and counties to deploy network solutions?” McIntyre said. Because GiGstreem’s technology can work over rooftops, it doesn’t require the same expensive infrastructure that a fiber-optic network does.

McIntyre hopes that will help ease the digital divide. “The reality of the digital divide has been exacerbated during the pandemic, where you have a whole swath of students who don’t have quality internet access at home,” he said.

Unlike major broadband providers like Verizon and Comcast, GiGstreem says its user data remains entirely private. The company doesn’t store user data and, therefore, can’t share it with third parties or use it themselves. That can be a selling point for developers like Vornado, whose tenants might be sensitive to how their data is being used.

After McIntyre founded the company in Washington, D.C., in 2017, he then purchased the New York-based Rainbow Broadband the same year, allowing the company to quickly expand into the New York market.

The company raised $10 million in 2019 in an investment round led by multifamily-focused proptech fund RET Ventures.