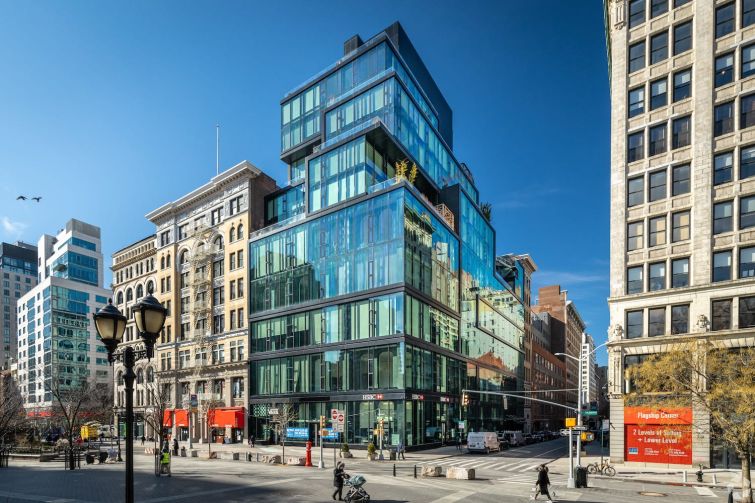 Lids signed a five-year lease for 1,730 square feet on the ground floor of the luxury condominium building between East 14th and East 15th streets, according to tenant brokers Newmark. Asking rent was $400 per square foot.

The retailer will take over the storefront formerly occupied by sneaker brand Sketchers, and plans to open in late spring or early summer, according to Newmark.

“Union Square is home to one of the busiest subway lines in New York and is the main stop for commuters coming from Brooklyn to Manhattan,” Newmark’s Michael Paster said in a statement. “Lids will be located directly on Union Square, in front of the subway station, and will thrive being in front of the increased foot traffic as we come out of the pandemic.”

Paster represented Lids, along with colleagues Ariel Schuster, Dorothee Lefort and Jared Robins. Winick Realty Group’s Charles Rapuano and Steven Baker handled it for the landlord, the State Teachers Retirement System of Ohio. A spokesperson for Winick declined to comment.