The overall financing package was $153M, with Wells Fargo providing the senior debt 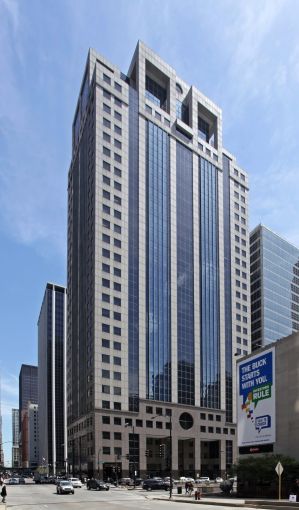 The five-year and floating-rate mezzanine loan was one of two fresh deals to come out of Mesa’s new special situations lending bucket, according to the firm. The other was a $10 million loan extended to a joint venture between Montana Avenue Capital Partners and creative office investor Arsenale SGR on the sale leaseback of Millennium Health’s four-building, former headquarters campus in San Diego; Wells Fargo also provided a first mortgage loan in that deal as well.

Mesa West Executive Director Matt Snyder led the origination team on 123 North Wacker Drive, while JLL’s Keith Largay arranged the financing on it; both worked out of their respective firm’s Chicago outposts.

Mesa West’s bread and butter throughout its 17-year existence has been bridge lending, but it’s new special situations platform provides for mezzanine lending, rescue financing and preferred equity investments as high as $100 million, across a variety of asset classes, the firm said. It’s a move many firms have been gearing up to make in order to take advantage of opportunities that have presented themselves as a result of the coronavirus pandemic.

“Our focus continues to be on financing high-quality real estate, with strong sponsors and in markets that have durable, long-term fundamentals,” said Mesa West Principal Ronnie Gul. “This program is a natural extension of our existing business and allows us to provide efficient solutions for our clients as they navigate a challenging economic environment.”

The $37 million loan to LaSalle helped retire nearly $137 million in previous debt that the company had nabbed from New York Life Insurance Company to purchase the 550,000-square-foot, trophy property from Wells Fargo in 2017 for $146.5 million. Wells ended up with the asset after a foreclosure in 2016.

The asset sits within the Loop neighborhood of Downtown Chicago and just several blocks west of the banks of Lake Michigan. Although it hasn’t gone through any significant renovations since it was built in 1986, LaSalle moved to deploy $33 million as part of a two-year capital improvement plan to upgrade the asset, which saw its occupancy climb to 69 percent from 53 percent before the pandemic confined mostly everyone at home.

“It took a black swan event to stop LaSalle’s positive leasing momentum at 123 Wacker,” Snyder said. “Benefiting from an A+ riverfront location, this newly renovated and highly amenitized building has proven to be competitive with the more expensive, new construction and will do well as the market recovers.”