Flexibility the Name of the Game for US Colleges Post-COVID, CO Panelists Say 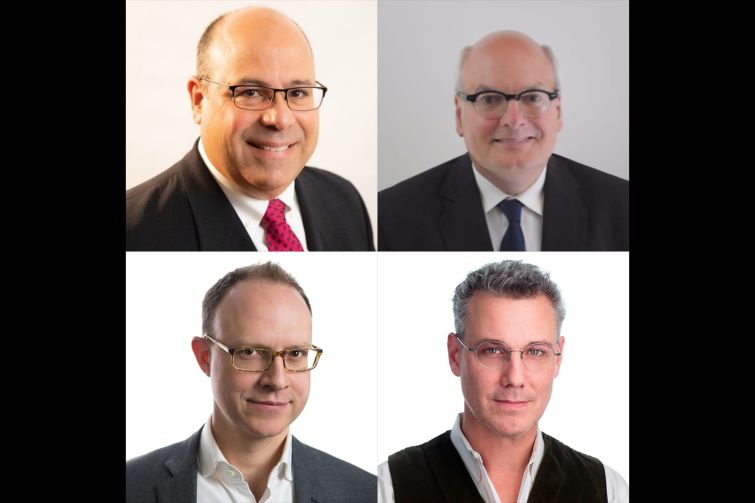 Technology is playing a central role in infrastructure upgrades to America’s university and college campuses as schools rethink how to maximize space in the age of Zoom.

Panelists at Commercial Observer’s fifth annual “Higher Education Construction Forum“ on March 25 said that the COVID-19 pandemic has only accelerated demand from students and faculty for colleges to invest in the latest innovations when crafting capital projects. The issue has taken on greater importance during the past year with increased virtual learning and work-from-home options spurring more outside-the-box approaches to tackling building usage.

“The technology that we are putting in place and designing around is the highest level,” David Alonso, vice president of facilities and construction management at New York University, said during the first panel, “Expanding the Technology-Built Campuses.”

“Modern technology is of paramount importance now to our students and their experience,” he added.

Gilbert Delgado, associate vice president of design and construction at Northeastern University in Boston, noted that around 160 classrooms there were outfitted to accommodate distance learning at the onset of the pandemic. He said the pandemic has also changed the thinking around administrative offices. They can be located outside academic buildings due to increased remote-working capabilities.

Rossant noted the changes that COVID spurred will cause higher education institutions to experiment more with spatial utilization, incorporating newer technologies. He recommends that colleges invest in newer facilities that are more flexible for rapid technological changes, instead of renovating older buildings, which he stressed is more challenging for schools like NYU and Northeastern that are located in large urban settings with expensive real estate costs.

“Renovating a historical chemistry building that is 150 years old, in my mind, is not a worthwhile investment,” Rossant said. “For the architecture/engineering community, we now have to lean in to help these universities really make super flexible buildings that are future-proof.”

O’Briant said technology investments in common areas of buildings will also be crucial going forward in order to adapt to behaviors of Generation Z students, who often prefer to continue the learning experience with their peers after classes. He noted that Purdue University in Indiana factored this into designing a new STEM lab building with Ennead that allocated additional space in the corridors and public sections of the building for student collaboration.

Panelists stressed that while the pandemic has prompted increased online learning options, the past year has also reinforced the desire of people to connect physically on campus. Colleges will be offering more virtual classroom tools post-pandemic, but the need for investment in traditional campus infrastructure will remain for the foreseeable future.

“I think this is going to be a great way to look at what are some opportunities to change some of those connectivities that happen between those buildings to create maybe adaptable spaces that may be used for outdoor learning for instance,” Michael Bowden, associate at KPFF Consulting Engineers, said during the second panel, “Demand Behind Multi-Use Spaces on Campuses.”

Bowden added that colleges also have opportunities to make slight tweaks to some facilities in order to adapt mixed uses. He noted schools incorporating more housing and classroom space closer together could also result in the desire for more nearby retail/food establishments.

Brent Stringfellow, associate vice president of facilities at Lehigh University in Bethlehem, Penn., said that while there is potential for more multi-purpose building uses on college campuses, there would always be specialty spaces, especially for research. He noted that the way space is defined on campus is evolving and may lead to facilities geared toward socializing, reflection or studying

“We love the efficiency of flexible spaces, but one of the problems we always run into is everybody wants food everywhere and that gets expensive,” said Stringfellow, who is also a university architect at Lehigh. “If everything needs to serve our purpose for every function, you start to lose some of those efficiencies.”

The second panel — moderated by Acitelli — also featured David Kang, the University of Colorado Boulder’s vice chancellor for infrastructure and sustainability and chief facilities officer, and Jean Oei, director of space planning at The New School in Manhattan.

Stringfellow noted that it is vital for colleges to conduct a cost-benefit analysis before paving the way for any major construction plans to determine whether the projects maximize available square footage on campus. He said, in some cases, it may make sense to reduce facilities space rather than invest in underused buildings.

With student housing, panelists stressed that momentum was building, even prior to the pandemic, for more suite-style dorms, rather than residence halls with shared bathrooms on each floor.

The pandemic has not slowed clean-energy projects, either, that colleges were pursuing in the last decade.

“People are really focused on indoor air quality more than they ever have,” Steve Levine, president and CEO of AtmosAir Solutions, said during the third panel, “Sustainable Building Innovations and Safety.”

“There is an opportunity to really help reduce the carbon footprint and continue to save energy at the same time,” Levine added.

Anne Papageorge, vice president for facilities and real estate services at the University of Pennsylvania in Philadelphia, said the school remains on track with its climate and sustainability action plan launched in 2009. The Ivy League institution is aiming for carbon neutrality by 2042, which Papageorge said would involve reducing emissions and increasing renewable energy.

Talley noted that the American Institute of Architects Committee on the Environment’s Top Ten Toolkit is an effective holistic approach that colleges can adopt for approaching sustainable designs. The University of Wisconsin is one example of a higher education institution utilizing this strategy, which Talley said is well-rounded since it incorporates the entire design process from sourcing to cradle-to-grave.

Papageorge said the University of Pennsylvania is exploring new technologies for its next two construction projects, which would include the first mass timber building in Philadelphia, for a data science facility. She said the mass timber would be built on the interior rather than the exterior due to climate concerns.

The university is also looking to use ethylene tetrafluoroethylene, a fluorine-based plastic, for the first time as a sun-shading component for a new laboratory building.

“It’s a departure for us, since it doesn’t have the useful life that we typically require of our academic research buildings, but its embodied carbon is significantly lower and, even with replacement costs, it will be less carbon intensive and less costly,” Papageorge said. “It was important to the researchers that the building symbolized the research that is happening within it.”