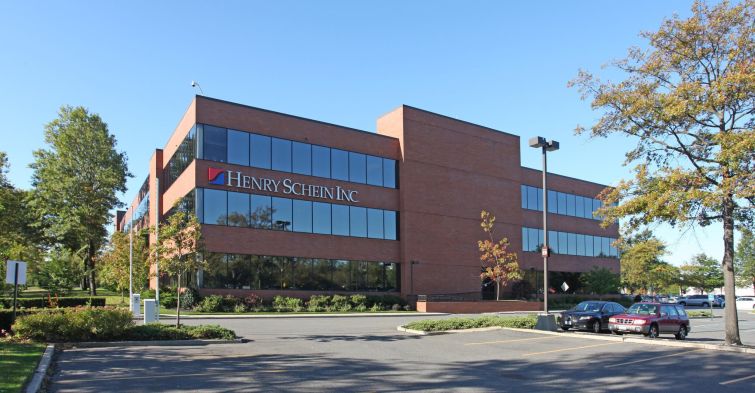 A joint venture between Angelo Gordon & Co. and The WE’RE Group has nabbed nearly $72 million of financing for two office properties in Melville, N.Y., Commercial Observer has learned.

Bank of America provided $36.5 million and $35 million floating rate loans for 1 Huntington Quadrangle and 80 Baylis Road, respectively. Newmark brokered the deal for the two office assets situated along the borders of Nassau and Suffolk counties on Long Island.

Newmark’s Dustin Stolly and Jordan Roeschlaub, co-heads of debt and structured finance, led the transaction, along with senior managing directors Chris Kramer and Nick Scribani, as well as analysts Ben Kroll and Adrie Moses-Bailey. The We’re Group was represented in the deal by Harold Rechler and Zachary Rechler.

“With some of the lowest vacancy rates and highest rents in Long Island, the Melville submarket continues to represent a highly performing market,” Stolly said. “Leveraging these trends and the overall increase in demand in suburban markets, we were able to achieve two great executions for both parties.”

The 1 Huntington Quadrangle property is a 366,000-square-foot office park featuring exterior plazas, lobbies and fitness facilities. Major capital improvements are planned, including an elevator upgrade and lobby renovation. Some of the current tenants include ADP, Geico, InterDigital, MGA Systems, Prime Coverage Corp., and Shearman & Sterling, according to LoopNet.

The 80 Baylis asset is an 185,000-square-foot office building fully leased to Henry Schein, a Fortune 500 company that is one of the country’s largest distributors of medical and dental supplies, including vaccines, pharmaceuticals, financial services and equipment. Henry Schein recently signed a 15-year extension to keep them at the property until at least 2036.

“Both assets are poised to benefit immensely from the stirring of the office market caused by these converging macro forces, due to excellent locations along major thoroughfares, abundant parking availability, and affordable rents compared to the rest of the market,” Roeschlaub said.

The press offices for Bank of America, Angelo Gordon and The WE’RE Group did not immediately respond to requests for comment on the financings.