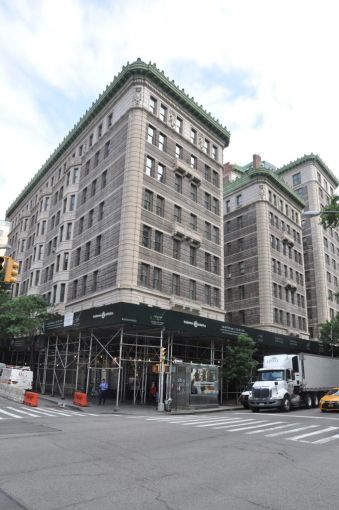 Mezzanine debt positions tied to four HFZ Capital Group condominium buildings in Manhattan are headed for a Uniform Commercial Code (UCC) foreclosure sale, according to a UCC foreclosure sale notice shared with to Commercial Observer and sources familiar with it.

The mezzanine positions, which represent indirect interest in the condo properties, will be sold at noon on Nov. 12 via audio and video teleconference. A source close to HFZ said the foreclosure sale would not go ahead, but CO had difficulty confirming this prior to publishing.

The debt is part of a $258.6 million capital stack on the assets, and subordinated to a $56.4 million senior mezzanine loan as well as a $112.7 million first mortgage.

The number of UCC foreclosure sales has been increasing in recent years, with mezzanine lenders seeking to fast track the elongated, arduous judicial foreclosure process by instead foreclosing through a borrower’s pledged security interests that serve as collateral for the debt.

A lawyer who does not represent any of the parties involved and spoke with Commercial Observer on the condition of anonymity today explained that junior mezzanine lenders run the risk of being wiped out by the senior mezzanine lender, and therefore move quickly to protect their interests and either take over the project themselves or sell their positions to somebody who would have interest in — and the ability to — take over a project.

“Sometimes somebody in a junior mezzanine position is a developer or a lender who has skills at developing real estate, and so they might say, ‘Look, we don’t want our position to be wiped out by the senior [lenders] so we’re going to foreclose on our interest, recognizing that we’re still subordinate to the seniors but that they might have more confidence in us because we have ample capital, ample contacts or because we have time left under the loan agreement to get things back on track,’” the lawyer said.  “In their view, it might be worthwhile in the hopes that either they themselves or whoever buys from them will inspire more confidence in the seniors to allow the project to keep going.”

Loan agreements that include options for a UCC sale contain specific parameters as to what constitutes a “commercially reasonable” UCC sale; for example, that the lender has to advertise the sale for 30 days. COVID has added an extra layer of caution to the commercially reasonable requirement, given the challenged status of the real estate market, which may account for the delayed foreclosure sale date.

“The issue in the age of COVID is that people left the city for two weeks and, all of a sudden, it became five months,” the lawyer said. “So people didn’t know if anybody was going to show up at a UCC auction or if any of the people who would ordinarily be willing to invest in a project would be willing to invest now. It puts pressure on the commercial reasonableness requirements to slow things down a little.”