Rethinking Power in the Age of Coronavirus 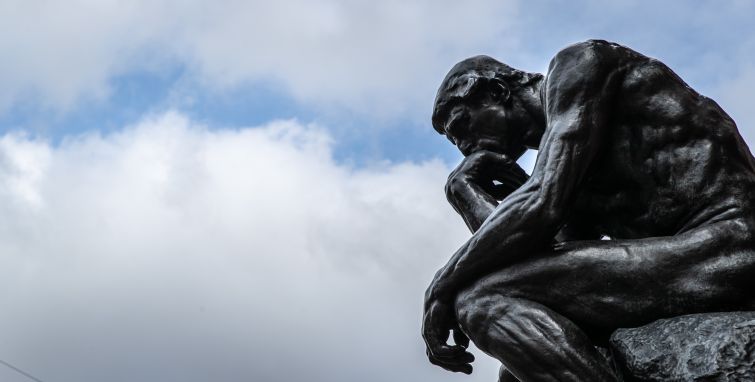 The sculpture "The Thinker" ("Le Penseur") by the sculptor Auguste Rodin can be seen against a cloudy sky. Photo by Friso Gentsch/picture alliance via Getty Images

Last year, Commercial Observer had little difficulty answering the question: Who are the most powerful people in real estate and why?

They were the owners, developers, brokers, bankers, lenders, lawyers, architects and tech gurus who had embarked on the biggest, most expensive and most complicated plans in the marketplace. They were the ones fashioning the deals and bringing the relevant parties together. They were the families who had spent generations amassing parcels of real estate until their net worth shot up to the moon.

But how powerful does that make one in a market undergoing daily (if not hourly) whiplash?

A great forest of buildings filled with thousands of apartments is still, to be certain, a very valuable thing and makes its owner powerful…But just how powerful in an economy where some 40 million Americans have lost their jobs and suddenly the value of everything is a lot less than previously thought?

The coronavirus scrambled everybody’s expectations and preconceptions of just about everything, especially power. That’s something we’ve been thinking about in anticipation of our Power 100 and Finance Power 50 lists.

The real estate business has long been filled with robust egos with a healthy estimation of their self worth, but we can’t imagine anyone hasn’t stared at the abyss of a global pandemic that has taken the lives of more than 100,000 of our fellow Americans and not felt some humility.

Since March, retail and hospitality have undergone something they’ve never experienced before. How much power do the masters of those hallowed sectors of real estate still have? Naturally, the answer depends a lot on how the top players are reacting to the crisis, but as a whole, both sectors have a lot of work ahead of them before they return to their previous stature.

Credit markets, teeming with willing capital prior to the pandemic, were suddenly paralyzed. Borrowers soon learned that the lender they were in the middle of transacting with wouldn’t necessarily be the one closing the deal at the finish line, as debt funds and REITs tackled more pressing liquidity needs in order to survive the crisis, and the CMBS market paused. A borrowers’ debt market quickly became a lender’s market, as the financiers who were still active could —seemingly overnight — cherry pick transactions and demand significantly more yield.

CO has always believed that the intersection between politics and real estate has been an important one and that politicians serve as important hubs of power in the business, but in 2020 politicians and city officials are more critical than ever to righting the ship of industry. They will be the ones writing the laws. They will be the ones distributing federal dollars for recovery. They will, hopefully, shepherd along something resembling normalcy.

All these questions (and a lot more) are ones that the editors and writers at CO have been grappling with as we compile our Power lists. Both will look different than they have in previous years, with some names rising, others declining, or being cut to make way for those who have seen the future of real estate and are making that future possible.