Affordable Housing for Veterans Coming to Arlington Thanks to $80M Deal 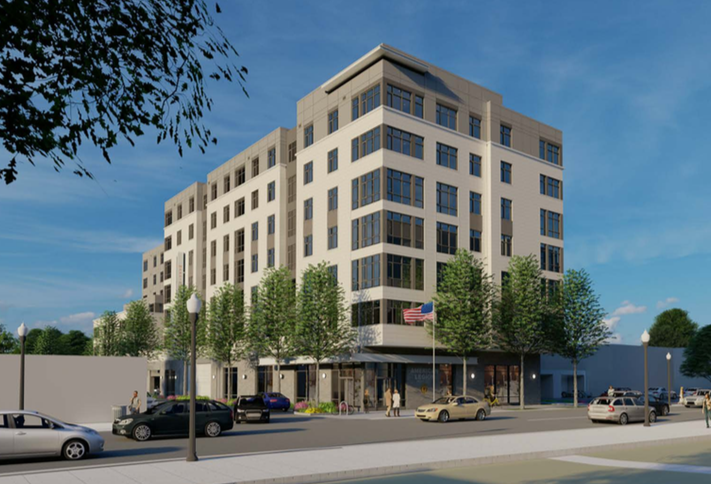 The Arlington Partnership for Affordable Housing has acquired the former Arlington American Legion Post 139 in Arlington, Va., for $80 million, and has already broken ground on an $80 million development of affordable housing.

APAH is developing Terwilliger Place, a seven-story, mixed-use complex with 160 units of affordable housing, including half that will be set aside for veterans.

Avison Young, which has been marketing the property for nearly four years, represented the seller in the deal.

“The whole project is something unusual and exceptional and something I am very proud to have been a part of,” Jim Kornick, a principal at Avison Young, told Commercial Observer. “APAH was chosen because of its shared vision of veterans-preference affordable housing and ongoing services tailored to today’s veterans.”

APAH is also creating a new ground floor condo for Post 139. The site will also include a number of service and amenity spaces, such as community rooms, flexible multipurpose space, counseling space, and a business center.

Originally built in 1947, Post 139 has assisted veterans returning from World War II, the Korean, Vietnam, Gulf and Afghanistan wars. The 1.3-acre site is situated across from the George Mason University Arlington campus in the Virginia Square area of Arlington County.

“The veterans coming back from the last couple of wars are not like the guys who came back from Vietnam and Arlington is not the kind of place it was then,” Kornick said. “The community has changed and veterans are different and they wanted to sell to someone who appreciated that.”

The reason for the long wait of the sale, Kornick noted, was the challenge of securing zoning entitlement changes and putting a multi-layered debt and equity structure in place.

Prep work on the site is already underway with demolition of the existing Post 139 building expected sometime in May. The entire project is expected to be complete in 2022.

Joining Kornick on the deal was Avison Young Principal Chip Ryan. The buyer was not represented by a broker.