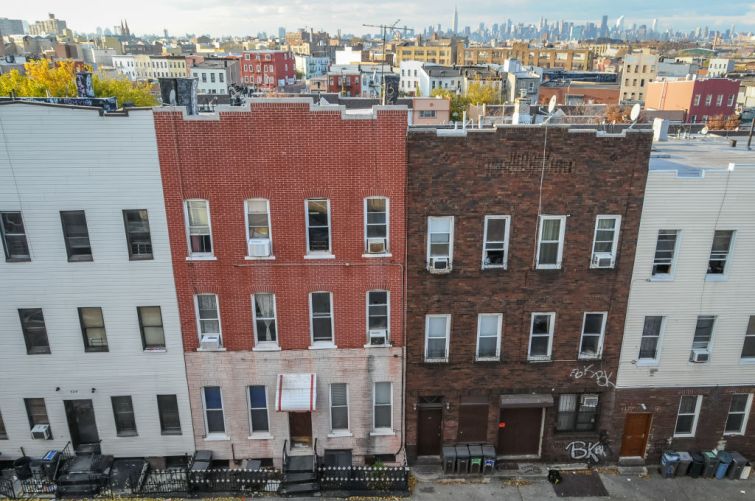 State legislators hope to extend the eviction moratorium in hopes of giving a financial cushion to those impacted by the COVID-19 outbreak. Photo by Diego Cupolo/NurPhoto via Getty Images

A trio of New York State legislators introduced a bill yesterday that would prevent tenants from being evicted for non-payment of rent for the next several months, in hopes of providing a cushion to renters struggling because of the coronavirus pandemic.

Gov. Andrew Cuomo signed a 90-day eviction moratorium on March 20, but tenant advocates have worried that thousands of New Yorkers would still be booted from their homes over unpaid rent after the moratorium expires.

The “Tenant Safe Harbor Act” would prohibit landlords from evicting tenants for nonpayment of rent that accrued during the coronavirus-induced state of emergency (which began March 7) through six months after the state of emergency ends. The press release detailing the bill notes that landlords would be able to seek money judgments for unpaid rent during this period, but tenants could not be evicted for failing to pay rent.

“The governor’s 90-day eviction moratorium was a good first step to protect tenants from losing their homes during the COVID-19 crisis,” said State Senator Brad Hoylman, one of the bill’s sponsors along with State Sen. Liz Krueger and Assemblymember Jeffrey Dinowitz. “But it’s not enough. Unless we act, we’ll see a tidal wave of evictions immediately after the moratorium ends when tenants who’ve lost income are suddenly forced to pay several months’ worth of rent.”

Many New Yorkers who have lost their jobs because of virus-related business shutdowns have been forced to choose between paying their rent and using that money for food or medical care. New York City has 2.2 million rental units, 43 percent of which are unregulated.

State Senator Michael Gianaris has pushed a bill that would suspend residential and commercial rents, along with a significant percentage of commercial mortgage payments, for 90 days. However, it hasn’t passed either chamber of the State Legislature.

While the Legal Aid Society has come out in support of the eviction moratorium bill, some tenant activists believe it doesn’t go far enough.

“The eviction moratorium we have now is stronger than what’s in this bill. To me, it’s another Band-Aid,” Cea Weaver of Housing Justice for All, a statewide tenant activist group, told Curbed New York yesterday.