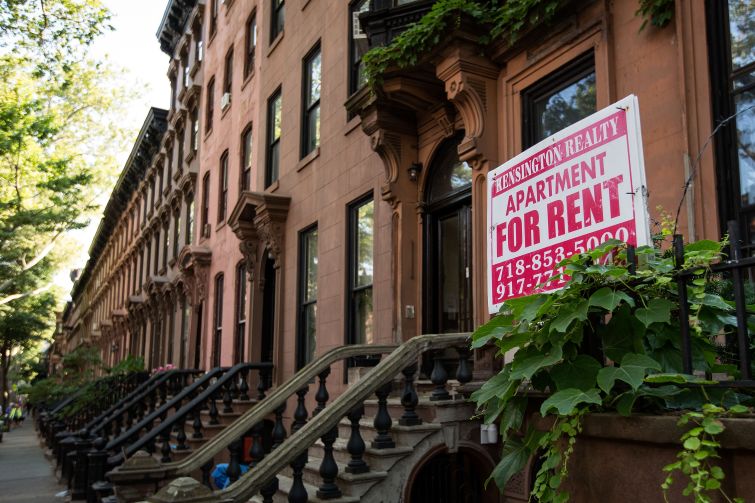 The state just gave New York City renters potentially one of the biggest breaks of their lives: taking away real estate broker’s ability to charge them fees for rental apartments.

The New York State Department of State released a clarification to last summer’s rent reforms this week that require landlords, not tenants, pay broker’s fees on all apartment rentals, which can be as high as 15 percent of the yearly rent in some parts of the city. However, if a tenant hires a broker themselves they’ll still be on the hook for the fees, according to the guidelines.

Tenants’ rights organizations praised the move as rectifying a broken rental system for tenants while the real estate industry — already reeling from the rent reforms passed by left-leaning politicians in Albany — argued it would hurt brokers and drive the price of rent up across the city.

“The Department of State must rescind its Guidance on rental brokerage commissions,” James Whelan, the president of the Real Estate Board of New York, said in a statement. “All stakeholders should have an opportunity to discuss the ramifications on agents, owners, and renters alike. We are exploring every avenue, including pursuing prompt legal action.”

The rules do not take effect retroactively since the laws were passed in June 2019 and will only apply to all future leases signed after the new guidelines, the State Department clarified yesterday.

Michael Lefkowitz, a lawyer at Rosenberg & Estis, expects brokers will feel some pain now because they’ve been used to collecting the fees from individual tenants but now have to come up against landlords.

“They now have a well-organized constituency that’s paying the fee,” he said. “The question becomes are landlords going to pay 15 percent commissions?”

Others think smaller, mom-and-pop landlords will be the ones really feeling the crunch. Eric Benaim, the CEO of Queens residential brokerage Modern Spaces, said he’s dealt with calls from many of those types of landlords — including his own father — worried about how the new guidelines will impact their buildings.

“The people who build luxury high-rises have always paid brokers,” Benaim said. “[Smaller landlords] can’t afford to have an empty apartment un-rented. Now they have to pay the fee and they lose a month of income.”

“A lot of people are really upset,” he said.

Benaim thinks the laws will lead to more foreclosures in two- to eight-family apartment buildings down the line and continue to push residents of the city.

“We’re seeing a lot of people are getting sick [of it] and they’re going to leave,” he said.

Despite the real estate community’s concerns, Michael McKee, the treasure of tenants’ rights organization Tenants PAC, hailed the updated guidelines as a major win for tenants and said it reversed a “scam” system.

“It’s going to make a huge difference in terms of affordability, it’s a long-overdue reform,” he said. “Where the tenant finds the apartment, or where you answer an ad for an apartment, and a broker presents themselves as a gatekeeper, this collusion between landlords and brokers. It’s high time it stopped.”

Lefkowitz expects landlords will simply tack on the brokerage fee to the monthly rent and the real estate community warned it will do more harm than good by driving up the costs of rent across the city.

McKee wasn’t worried about that because he said the costs to rent apartments were already sky-high in parts of the city.

“Do you think landlords aren’t charging the highest market-rate rents they can anyway?” he said. “The market rates are capped at what the market will bear.”

And even though the guidelines were just announced, McKee already got calls from renters from brokers trying to game the system.

McKee got reports of some brokers telling prospective tenants they won’t show them the apartment unless they sign a contract hiring them as a tenant broker, something which Lefkowitz doesn’t think the state will sit idly by and let happen.

“I can’t imagine that the state Division of Licensing and the Department of State would want to set up a system that was being manipulated in such a way,” Lefkowitz said, adding a broker could potentially lose their license for not following the law. “Obviously the intention of the guidance is landlord brokers shouldn’t be charging tenants the commissions for signing leases, I can’t imagine that’s an acceptable workaround.”