Fannie's and Freddie’s influence over their share of the multifamily finance market — while overall, is as liquid as ever — has stumped many private lenders. But they're picking their spots 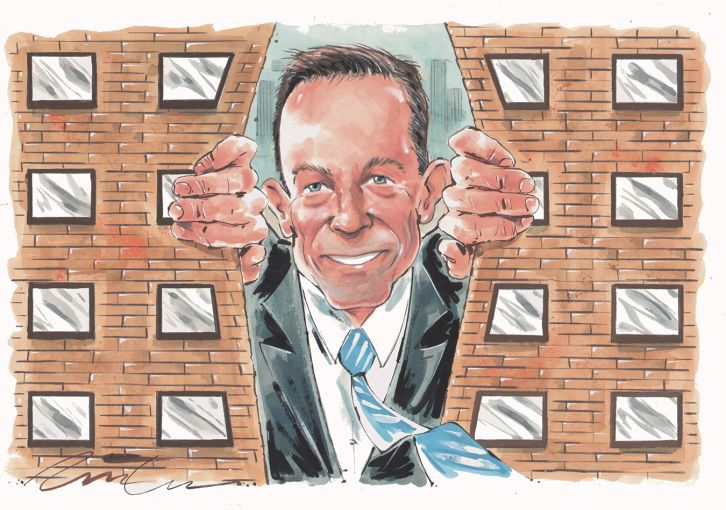 “Why is this not going to agency?” is the first question most private multifamily lenders ask when approached with a possible government agency loan opportunity, Meridian Capital Group senior managing director Seth Grossman told Commercial Observer.

The multifamily market becomes more and more liquid every year — projected to reach $390 billion in originations in 2020, up from a mere $250 billion just a few years ago in 2015, according to projections released by the Mortgage Bankers Association (MBA) in September 2019. Together, Fannie Mae and Freddie Mac, the government-sponsored enterprises that guarantee a tidal wave of multifamily debt, are poised to corner just over 40 percent of the market this year.

While the space is certainly large enough to support an extensive suite of lenders, the massive box of agency financing options has many non-agency private lenders thinking that agency-qualified loan opportunities are simply out of their league.

“The private sector, historically — [for], maybe, [the last] 10 years — you could argue was more entrepreneurial and more adaptable to the changing needs of the market,” said Jacob Reiter, a president at real estate private equity firm Verde Capital, which uses both agency and private debt to supplement its activity. “In this cycle, the agencies have been more readily adaptable to the changing needs of different kinds of projects and more thoughtful about the way they present in the market than maybe some of their private sector contemporaries.”

Going into 2020, the agencies are carrying with them caps of $100 billion each — up from what was $35 billion each over the last two years — with a mandate to dedicate a minimum of 37.5 percent of those proceeds to guaranteeing loans on “mission-driven” affordable and workforce housing. The old caps carved out exemptions for “green” and affordable housing loans — products that are not exempt under the new guidelines. Due to the previous green and affordable housing exemptions, Fannie and Freddie’s originations vaulted past the $35 billion caps to reach just over $65 billion and over $77 billion, respectively, in 2018.

The purpose of the GSEs in conservatorship was to limit the part of public capital in the broader housing market. Fannie’s and Freddie’s steady loan purchasing caps, which are established annually by its regulator, the Federal Housing Finance Agency (FHFA), mean their presence expands with the finance market.

“The underlying goal is for the agencies to maintain their existing market share of the multifamily pie,” said Dan Sacks, a managing director at Greystone, a top agency lender. “The FHFA doesn’t want to induce illiquidity or instability, certainly not in an election year and certainly not abruptly. They are re-centering and refocusing the agencies on providing liquidity to the middle and underserved markets.”

In 2019, non-agency lenders had a few pockets of opportunity to encroach in the agency space in search of product. One chance came by way of the White House last spring, when Mark Calabria — who served as Vice President Mike Pence’s chief economist — was appointed by President Trump as the new head of the FHFA; the next followed in September, after a slowed summer stretch, when agency business came to a halt due to Fannie and Freddie reaching their loan purchasing caps and because they were awaiting fresh guidance from FHFA on their 2020 multifamily business lines.

“It was a free-for-all last fall,” said Meridian’s Grossman, referring to the demand for multifamily loans — that would’ve been “bread-and-butter agency deals” — in the last several months of 2019 after the agencies hit their loan purchasing caps. “Life companies and [CMBS conduit lenders] were begging for product.”

“Last year, with the market disruption with the GSEs, having volume cap issues and [internal shifts], other lenders took advantage,” said Mitchell Kiffe, a CBRE Capital Markets senior managing director and co-head of national production. Kiffe added that as a result, his group “saw an uptick in banks and life insurance companies” filling the agency lending void.

Other financing players seem to desperately want in. The top contenders against agency business are commercial mortgage-backed securities lenders, local banks and life insurance companies, according to market observers who spoke to CO. But even then, they can hardly scratch the surface of the agency machine.

In the third quarter of 2019, overall multifamily debt outstanding grew by $40.6 billion to $1.5 trillion from the second quarter, marking a 2.8 percent jump, according to third quarter data from MBA. The agencies and GSEs led the pack in growing their holdings of multifamily debt by $24.9 billion, or 3.5 percent, while commercial banks and life insurers increased their respective holdings by $7 billion — a 1.6 percent increase — and by $3.4 billion — a 2.4 percent jump.

Grossman said that’s because the “strike zone” for agency lending products is so large, there’s “got to be an angle or a story that knocks the loan out of the [agency] big box.”

But how can that happen?

“The life companies are always good at competing at a lower leverage, say 65 percent or less, in good markets, with good sponsors,” Kiffe said. “[Life cos] compete in the more conservative loans on newer assets — 20 years old or newer — and they’re focused on higher debt yields. And they compete well [with agencies] in multifamily deals that are in lease-up. [The agencies] used to be interested in the lease-up deals but not so much anymore.”

Life companies are also winning with pricing on lower leveraged transactions, with the ability to rate-lock at a cheaper rate than the agencies allow. With these loan characteristics, on “good, clean product,” Grossman said, “life companies are stealing agency business at a good pace.”

When it comes to higher, or full, leverage, agencies simply have too much of a head start.

And while a CMBS execution might be enticing for other parts of the market, it doesn’t appeal to most borrowers in today’s multifamily climate.

“A lot of [multifamily] borrowers just don’t prefer the CMBS execution,” Kiffe said. “It’s the lack of certainty of execution — the execution risk — and the [loan] servicing isn’t as good [as other financing options].”

Fannie’s and Freddie’s roles have been to supplement housing needs, but as they’ve expanded their product offerings in competition with one another — like with small-balance loans or shorter term, floating-rate product for repositionings, where one would expect debt funds to reign — it has squeezed some private sector lenders.

“If a client wants a floating-rate deal, Fannie has really no appetite, but Freddie does,” Kiffe said. “The GSEs really aren’t the best source for that.”

On those floating-rate, repo deals, Verde’s Reiter said that Fannie and Freddie can immediately get behind a business plan that displays solid cash flows, saying, “What the agencies have done is really expanded the dam of the product offerings, so you can go in and buy a project and then renovate it. Those programs exist; they’ve thought through that business plan, and they have several different options to see what fits best. [If it’s] going to take three years and then you want to roll into a 10-year term, they say, ‘Here’s what we have.’ As a borrower, it’s a nice execution, a one-stop shop for the renovation to permanent loan. [It’s that, or] I could spend a long time talking to debt funds and banks, who may or may not focus so much on the adaptability of the debt they’re providing to match it to the business plan.”

Reiter continued, “[With the agencies], we may wrap certain kinds of debt [into a package], looking at three or four different programs, depending on what we’re trying to do with a certain project. And inevitably, they’ve got it.”

Where Fannie and Freddie really won’t dabble is in the trophy, Class A luxury arena. But CBRE’s Kiffe noted that “if a client wants a GSE bid [on something like that], we’ll get it. Fannie and Freddie are very client-oriented, so they might come in with a good quote.”

Still, opportunities abound in the transitional, bridge and construction loan spaces for agency competitors like local banks, CMBS lenders and life cos.

It’s easy to see why the agencies put stock in growing their multifamily business lines over single-family given that that segment represents 16 percent of Fannie’s earnings and 34 percent of Freddie’s, according to a report released last week by Morningstar that initiated coverage of the two institutions through the lens of privatization.

Morningstar’s report outlined how it believes Fannie and Freddie guarantee fees or “g-fees” — what they charge lenders to hold the mortgages on their balance sheet — will trend down over time in the face of “competitive pressure,” commentary it cited from Fannie. The ratings agency said it expects lower g-fees would decrease Fannie and Freddie outsized returns over the long term.

Fannie Mae and Freddie Mac are moving ever closer to walking out from under the umbrella of federal conservatorship — a status in which they’ve held for nearly 12 years — and into the private sector to duke it out with everyone else, without the backdrop of a clear government guarantee.

Tape your knuckles and put your gloves on.