Lenders Pioneer With Structures and Terms Amid Mature Market 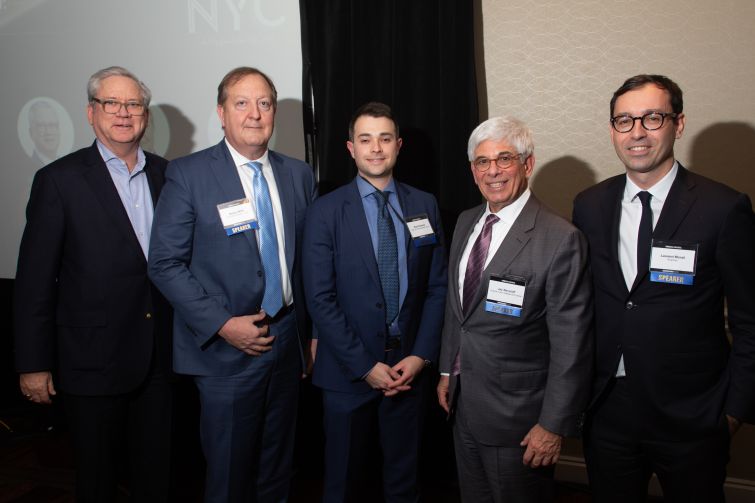 There was room for everyone at Commercial Observer’s Innovators Forum in Midtown yesterday — including the lenders who finance the city’s real estate market.

Their conversation, moderated by Jay Neveloff of Kramer Levin Naftalis & Frankel, was a good reminder that not all innovation is a matter of bits and bytes. The real estate finance industry has seen interesting examples of structural innovation as well.

Nelson Mills, the CEO of Columbia Property Trust, noted that ground leases are on the rise, an example of a novel financing structure that’s making some deals more complex.

“It’s another way to finance a project — to match different profiles and risk-return expectations. We’ve seen more of that lately,” Mills said.

That’s one of the latest developments in a longer trend toward innovations in more intricately arranged capital stacks, other lending leaders said.

“You have very complex capital structures today,” CIT Group executive Matthew Galligan said. “We’re in a senior position, but we have to take into consideration that we now often have mezzanine debt or private equity behind us.”

Brad Dubeck, a senior vice president at Bank of America, said that from where he sits, increased competition among lenders has been one of the most powerful drivers of change, forcing lenders to reevaluate how they consider risk and return amidst a surge in refinancings.

That, in turn, is changing how lenders view deals.

Tenants have also indirectly driven change in finance markets by discovering that they can sometimes be more demanding, said Laurent Morali, the president of Kushner Companies. Tenants have learned that if they have enough practical bona fides, they can extract limited-term leases of just two or three years from office landlords, who in turn are finding that CMBS lenders may not get bent out of shape about more frequent rent-roll changes, either.

“We have been discussing the pros and cons of signing a two- or three-year lease with a great tenant: We were wondering how lenders would deal with it,” Morali said. “I think two or three years is OK,” Morali added, saying that CMBS lenders may simply require a cash sweep if the tenant chooses not to renew.